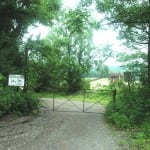 A month into the controversy, sponsors pulled the plug — for now — on an application for a 210-unit residential development at a Fishkill trailer park planned for a quarry a stone’s throw from Philipstown and within the Haldane Central School District, which straddles county lines.

In a public appearances June 18 and 19, Kenneth Stenger, an attorney representing the developers, said they had put their application on hold, pending discussions with Haldane and Philipstown officials and a review of a Philipstown groundwater study.

“We’re not taking further steps until we have put forward a plan to specifically address that issue” of the impact on Haldane, he said on Friday. As a potential solution, he suggested ensuring that Highland Valley increases Haldane’s enrollment gradually, so the current school infrastructure can absorb it. “It was clear the application had to revise itself to correct these” problems, he told the Fishkill Town Board on Saturday. Thus, he said, the planners will seek solutions, “or get as close as we can in the process.”

As initially outlined, the project, Highland Valley, could add 140 to 164 students to Haldane at a cost of $800,000 to $1 million annually, while threatening sensitive historical and environmental ground, including the Clove Creek aquifer, a clean-water source for Fishkill and sections of Philipstown.

The complex would be located at the Southern Dutchess Sand and Gravel pit, 111 Route 9, adjacent to the Snow Valley Campground. Before construction can get underway, the site must be rezoned as RMF-5, Residential Multi-Family, from General Business (GB) and R4, or Residential-4 Acres. Highland Valley is the brainchild of the Walloon Trust, founded by the Montfort family, of The Montfort Group masonry and stone works in Fishkill.

After initially having difficulty reaching Fishkill Supervisor Joan A. Pagones, Philipstown Supervisor Richard Shea said June 18 that he spoken with both Stenger and Pagones. “She seems very willing to work with the Town and the Haldane school,” he said. “I feel she understands the issues involved and is taking them seriously – leaving Philipstown with hope of a positive outcome.

Pagones said Saturday that Fishkill would publicize public hearings when the application is back on track. The citizens at the impromptu news conference on Friday already had a lot to say. Along with its proximity to Clove Creek, the project site lies in an area thick with Revolutionary War sites, including unmarked military graveyards.

According to Philipstown resident Barbara Hobens Feldt, “every aspect of this is really scary: It’s the water; it’s the history; it’s the view; it’s what we’re leaving to the children. Fishkill resident Michael Boyajian concurred. “We moved up here thinking we’d found Shangri-La,” he said. Now the developers want to take away our water supply. And it’s not just the developers; it’s our own town government.