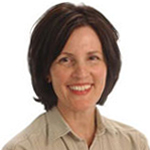 Mary C. Pearl, Ph.D., former chief executive at Stony Brook Southampton has been unanimously selected CEO of The Garrison Institute by its Board of Trustees. An internationally known conservationist formerly served as the first Dean and Administrative Vice President for Stony Brook University Southampton and was also president of the Wildlife Trust for 15 years.

“I am truly delighted with the opportunity to work with my new colleagues at the Garrison Institute to build on their outstanding and innovative record,” said Dr. Pearl. “We are living in a time of grand challenges in our society and our natural environment, where institutions and professional and academic fields will be required to exercise new ways of thinking and new approaches. The Garrison Institute is poised to play a leading role in this systemic transformation.”

Newsweek magazine described Dr. Pearl as a leading wildlife biologist who has “spearheaded the development of ‘conservation medicine’—a scientific exploration of the links between the health of humans, wildlife and ecosystems.”

Dr. Pearl received her undergraduate and doctoral degrees from Yale and holds an honorary doctorate from Marist College. She is a member of the International Women’s Forum and served as member of the Task Force on Environmental Sustainability of the UN Millennium Development Goals Project. In addition, Dr. Pearl wrote the “Natural Selections” column for Discover Magazine and is a member of Newsweek’s Global Environment and Leadership Advisory Committee, and serves on the editorial board of Conservation magazine.

The Garrison Institute is a Philipstown-based non-profit, non-sectarian organization promoting both social and environmental change based on contemporary behavioral and social science thinking and practice. Dr. Pearl succeeds Diana Calthorpe Rose, who co-founded the Garrison Institute in 2003, and has served as its founding CEO since 2003.