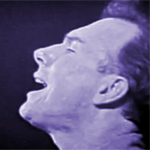 It seems fitting—almost imperative—on our inaugural weekend as a local news and cultural presence to celebrate our neighbor and long-time resident: that nonagenarian Energizer Bunny of social commitment, Pete Seeger.

It would be easy to write a history lesson of Pete’s colorful life: youthful travels with Woody Guthrie, The Almanac Singers, The Weavers, McCarthy-era blacklisting, Civil Rights, “We Shall Overcome”… don’t start me talking.

Better yet, as the Clearwater sits dockside in Cold Spring on the 4th of July on a Hudson River (measurably cleaner due to his continuing activism), to reflect on the July 3rd‘s benefit at Washington’s Headquarters in Newburgh. Within blocks of the recent FBI actions against the rampant gang crime on the south end of that city, Pete Seeger headlined an afternoon event titled “If I Had a Hammer: Concert for a House” to fund Habitat for Humanity of Greater Newburgh’s next Habitat house.

“Headlined” is hardly the proper word for this man to whom humility and humanity are foremost and are by now beyond reproach. The bill included Susan Wright and The Young Women of Independence (a group of 9-to-11 year-old girls from Beacon and Carmel), veteran folk performers Kim and Reggie Harris, jazz and world music percussionist Jeffrey Haynes, contemporary folk artist Tao Rodríguez-Seeger (Pete’s 38-year-old grandson) and the Readnex Poetry Squad a bi-lingual troupe of poets, rappers and singers from Albany steeped in street and griot traditions. Pete firmly wordlessly positioned himself not as the star of any sort, more as an experienced elder within a company of equals drawn from a local but universally-focused tribe.

His singing voice may not be the clear, forceful tenor it once was: time takes its toll. But while Tao lovingly and sympathetically supported his vocals on verse and chorus, the sing-a-long directions and seemingly homey-but-pointed repartee between songs were Pete’s, delivered with the confident stentorian authority that is his trademark. (The photo that accompanies this piece was grabbed from a video of Pete performing “The Bells of Rhymney” in the ’60s, and the body language it exhibits—the eyes-wide-open directness and joy—wordlessly expresses the personal conviction and clarity he has maintained throughout his career.)

The concert itself was unforced communal entertainment: The Young Women of Independence were charming; Kim and Reggie Harris soulfully comforting; Jeffrey Haynes provided the rhythmic heartbeat for most of it. The Readnex Poetry Squad were the biggest surprise to me: socially conscious and poetic with all the right references and little of the aggression or stridency typical of the form. (A performance they did over samples of “Wade in the Water” called to mind Pete’s Weavers-era “Wimoweh,” the story of which is an epic story of race, intellectual property and justice/injustice in itself.)

But the unexpected moment came in a group “sing” of the expected “This Land is Your Land.” Joined by the complete line-up of musician and typically exhorting the audience to raise their own voices, Pete buoyantly led this combined throng of humanity through the verses and then inconspicuously stepped aside to allow the music to make it’s own way. (Again, the Readnex bi-lingual rap take on the folk staple in this particular place-and-time surprisingly returned some of the political/social power to the song.)

It was truly egalitarian, revolutionary and empowering: more about building community than tearing anyone or anything down. Seemingly, just another day in the life of Pete Seeger. Interdependence Day. May there many more.

(If you missed the event and would like to make a donation to Habitat for Humanity of Greater Newburgh, you can do so at any time: www.habitatnewburgh.org. Tell them Pete sent you.)