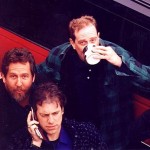 By Michael Mell
The Summer Music Series got off to a great start with a performance by The Renovators who were joined by special guests Manda Mosher and Ashley Raines. The sky was clear and the sun was hot forcing most in attendance under the shade afforded by trees on either side of the bandstand. The crowd was small but very appreciative as the band played solid blues and rock and roll tunes. Mosher and Raines came onstage during the first set to perform songs from their current tour. 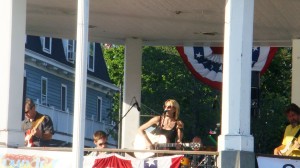 The Renovators returned to join them for several tunes which closed out the first half of the show. The second half followed a similar format with Mosher and Raines joining the Renovators for several numbers.

The Summer Music Series, now in its 10th year, is supported by members of the Cold Spring Chamber of Commerce. The Renovator’s concert was sponsored by The Foundry Cafí©. 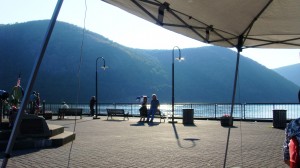