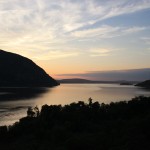 People and places have a lot in common. In both cases, as humans, we each have our favorites – for our own very personal reasons. And we can sometimes take those favorite people and places for granted — but we do so at our own peril. Certain people just seem to earn our affection. Maybe it’s their overall nature or personality; specific characteristics that we admire; how we respond to them emotionally; the fact that we can be ourselves when we’re around them or – and let’s be honest — sometimes looks matter.

Places are not much different. Favorite places too are a personal thing. Ask ten people the place they like most and you’ll get widely varied responses. Hawaii. Scotland. Australia. New Mexico. Egypt. Paris. Tuscany. Tibet. The back yard. What’s at the top of your list? I tend to like small places and islands. More times than not I’d rather visit a small town, village or an island.  I love Bermuda, Block Island and Pelee Island. Iceland and Newfoundland are at the top of the heap of places I really want to experience. Tancook Island as well. Google the ones you don’t recognize.

So it is no big surprise that if I have an out of town guest, the one place I insist on taking them in Philipstown is probably the smallest park in the region. In fact, not only is it small, it apparently also used to be an island. 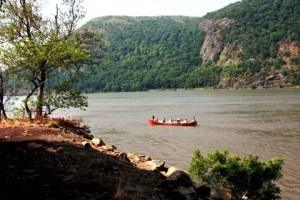 Little Stony Point, the slightly more than twenty five acre park just north of the Village of Cold Spring boundary on Route 9D and part of Hudson Highlands State Park, won my affection the first time I set foot there more than ten years ago. It is a tiny gem of a place. I am attracted to it for all the reasons I surmised that people are attracted to other people. It has a quiet nature and an understated personality. I relax when I’m in its presence. I physically unwind as I walk its trails. Stress disappears. Time slows. I can be myself. And talk about looks. The cliffs at Little Stony Point offer breathtaking views. Those cliffs are my favorite place in all of Putnam County.

Others prefer the beach – and in big numbers. During the recent heat wave, hundreds have taken refuge there. The signs say “No Swimming,” a regulation in state parks that lack lifeguards, running water or adequate parking. But when it’s 95 and humid the signs go pretty much unnoticed. For my money, one of the beach’s best attributes is that it is very much a family place. A place where mothers, fathers, kids and grandparents still use a picnic as a great excuse to be together. And it is also one of the very few places on the Hudson River where you are really and truly right down on the river.

For naturalists Little Stony Point (LSP) packs a lot into its small area. There are some thirty species of trees there — from black oak and black cherry to tulip and pignut hickory. Twenty or more shrubs include blueberry, raspberry, multiflora rose and flowering dogwood. Add to that numerous herbs, ferns, rushes, sedges, grasses and vines. Even for a non-birder like me, LSP has some great winged visitors. Bald eagles, turkey vultures, several kinds of hawks, ravens, cardinals, kingfishers to name a few. Plus all the ones I couldn’t identify. 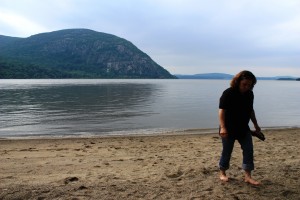 Walking on the beach

If you’re a walker, LSP is a great nearby destination. From Main Street Cold Spring or Nelsonville you can hoof it there in fifteen minutes. Trails wind up to the cliffs, around their base and out to the beach. If you are intent only on walking you can easily explore the entire park in about thirty minutes. There’s even a cave to explore.

But let’s go back up to the cliffs for a minute. It’s deceiving. You don’t climb much from the level of Route 9D but when you get up there you’re in for a surprise. It is a very long way down to the river. The views of Storm King, Bannerman’s Island, and Breakneck Ridge are spellbinding. Cold Spring lies far below. Sunset is amazing and one of the best times to visit. And there is almost always a breeze.

One of the best LSP cliff surprises I’ve experienced was to watch a turkey vulture soaring so gracefully — twenty feet below where I stood. Another time I saw a couple walking the trail below. I wonder if they realized I could hear every word they said.  It’s a quirk of the acoustics there. I want to assure that couple that I never repeated anything they said. Pretty interesting though. 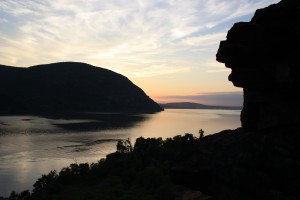 And what about that island thing? It seems that many years ago, LSP was separated from the mainland by water. Quarrying operations filled in the water to provide easier shipping of their gravel from the point. Quarrying is a big part of LSP’s history. Stony Point Quarry is mentioned as early as 1860 in the Gazetteer of the State of New York.  From 1931 to 1967 it was owned by the Hudson River Stone Company although quarry operations ceased in 1944. A large hollow at the base of Mount Taurus indicates the extent of quarrying in the area. In 1967, LSP was purchased by the Georgia Pacific Company as a proposed site for a wallboard manufacturing plant. The Hudson River Valley Commission stepped in, convinced then Governor Nelson Rockefeller to intervene and the plant was established in Verplanck instead. That same year, funding from the Rockefeller Family Foundation was used to purchase LSP as part of the Hudson Highlands State Park. 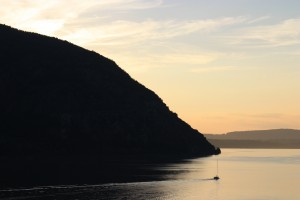 Today LSP is managed by the Little Stony Point Citizens Association (LSPCA) under the supervision of the New York State Offices of Parks and Recreation. LSPCA is a volunteer organization headed up by its president John Zuvic.  LSPCA projects in the works include rehabilitation of Helen’s Pond and the addition of an interpretive trail around it.  The group also hopes to acquire a solar powered generator for use at special events and an electric golf cart to help site maintenance. If you have either of those items sitting in your garage I’m sure they’d accept a donation. LSPCA is a registered 501C3 charity and can issue tax receipts.

The next special event at LSP is The Hoot one day folk festival which is held on the first Sunday after Labor Day. It’s always a treat to see — and hear – Pete Seeger in action. We should be grateful to those who decades ago did not take Little Stony Point for granted. They not only recognized its value, they took action to ensure it would not be lost. It’s hard to imagine those cliffs, that beach and those trails not being available to us. 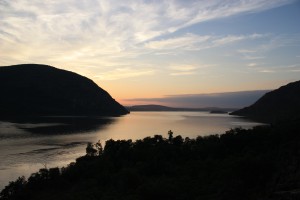 The most eloquent statement I know of about the need for such foresight comes from a botanist named Kozlovsky in something he wrote in 1974. His photocopied statement occupies a place of honor on my fridge door. “The hardest nut to crack, of all the difficult nuts of environmental deterioration, is the very real human capacity to forget something not now present that once was of considerable importance to our lives and the obvious inability to miss something we’ve never experienced. And so, from generation to generation, the environment becomes less interesting, less diverse, with smaller unexpected content, and our immediate surroundings become depauperate of animals and plants and exuberant human life. What your father can hardly remember, you will not miss. What you now take for granted, or what is now slowly disappearing, your children, not having known, cannot lament.”

If you don’t take Little Stony Point for granted and want to help out you can email [email protected] And when you go for a hike there watch what you say. There may be someone up on the cliff listening.