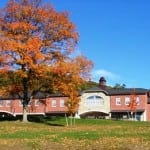 Trustees of the Haldane Central School District made good on previous budget projections when they appropriated reserve funds at their August 10 meeting in order to keep the tax rate increase to less than 1 percent for the upcoming year. Voters had approved a budget hike of up to 1.5 percent in a May referendum. By appropriating up to a maximum of $125,000 from the district’s fund balance the increase will be .95 percent. “We had projected an increase between zero percent to a cap of 1.5 percent, ” commented Superintendent of Education Mark Villanti. “This is the fourth year in a row we’ve come in below the cap.”

Villanti said a range is used in budget projections rather than a fixed number because of unknown factors at the time of the referendum, including the final Town of Philipstown tax valuation and the district’s final fund balance. He said he hopes that only about $105,000 will be needed to keep the tax increase below 1 percent. If that is the case the unused $20,000 would remain in the fund balance. The actual amount will be determined when final taxable assessed valuations are received form Putnam and Dutchess Counties.

Trustee Joe Curto commented that use of the fund balance wouldn’t put the district in a position to “sacrifice next year’s budget.”
“True but we have to be realistic,” Villanti replied. “We could lose $450,000 in federal funds next year. There are going to be some challenges.” Also approved was appropriation of $325,000 from the fund balance in the 2010-11 budget, instead of using that amount from the Retirement Contribution Reserve as had been discussed.

“We know retirement costs are going to increase next year. We have to have a reserve to deal with that. We’re going to have increases in retirement costs for at least the next two or three years,” Villanti said. Curto said that “the [cost of the] retirement system isn’t necessarily something that we negotiated. It’s established by the state “¦ and we’re given a number.” State law permits school districts to maintain reserves of up to 4 percent of their total budgets.

Haldane has hired a new Athletic Director, Tom Cunningham, who replaces Susan Reid who has taken a position in Croton-on-Hudson. For the past eight years Cunningham had been coordinator of fall and winter sports while also coaching lacrosse, wrestling and football at Somers Middle School. Cunningham will serve a three-year probationary period and earn a starting salary of $89,000. He holds a Master’s Degree in Recreation, a Bachelor’s Degree in Physical Education and a Professional Diploma in School Administration and Supervision. He will also serve as Haldane’s Dean of Students and Director of Health and Physical Education for grades K-12. School Board President Dave Merandy said that Cunningham “took a substantial cut in pay to be here. That says a lot. He wanted to be in this community.” Look for an interview with Cunningham here on Philipstown.info in the near future.

Haldane graduate Kirsten Ettere was hired as long-term substitute teacher for the balance of 2010. She holds a Master’s Degree in Literacy and a Bachelor of Arts Degree in Psychology and Special Education. Ettere comes to Haldane after having taught at Todd Elementary School in Briarcliff Manor since 2008. Both Cunningham and Ettere attended Tuesday’s school board meeting.

Mark Villanti again questioned recent changes to New York State testing in math and English for students in grades three to eight. Villanti interpreted a detailed chart distributed at the meeting that indicated that under the new “cut scores” a grade three student who answers 84 percent of test questions correctly will not be deemed “proficient.”

Villanti also reported no specific progress in negotiations with developers of the proposed Highland Valley prefabricated home development on Route 9 just north of the Philipstown boundary. He did say “there seems to be a spirit of understanding that the district cannot absorb one hundred-plus new students.” Lawyers for the school district and the developer are continuing to negotiate. “The devil is in the details,” Villanti said

One of the lighter moments in the meeting came when trustees approved an amendment to Haldane’s Code of Conduct. The amendment forbids elementary school students from wearing flip flops on campus for safety reasons.  High school students are permitted to wear flip flops although Mark Villanti discourages the practice. He said that while they should be given a bit more leeway, “as young adults, high school students have to be responsible for making good decisions.” Dave Merandy commented, “It seems funny”¦to discuss it to this extent but I guess we have to in this day and age.”

After the regular business meeting, the board held a public hearing to discuss Con Edison Solution’s proposed Energy Performance Contract. The contract will result in substantial cost savings to the district — enough to fund upgrades needed in heating, cooling, lighting and ventilation systems.