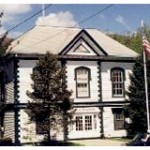 Officials of the Town of Philipstown were quick to respond to a recently completed five-year audit of the Town’s finances. Conducted by the NYS Comptroller’s Division of Local Government and School Accountability, it was critical of some of the town’s financial practices. The audit, which was submitted to the Town in July, stated that, “The Town has experienced significant signs of fiscal stress and deterioration in its financial condition.”
The report, titled “Town of Philipstown Financial Condition” covers the period Jan. 1, 2005 through Feb. 28, 2010 and listed what auditors considered shortcomings in the town’s handling of the general fund and the town-outside-village highway fund. The audit summary stated that the General Fund balance had declined from a surplus of $238,006 at the end of 2006 to a projected deficit of $9,404 at the end of 2009. The report indicated that the decline has been “caused by the Board’s failure to adopt realistic budget estimates, monitor budget to actual results and to make modifications when necessary.”
Specifically the report said that in 2009 the Town anticipated $600,000 in mortgage tax revenue but only received $260,000. Interest revenue estimated at $23,000 that year came in at only $3,100. The report further stated that while the Town reduced it’s anticipated revenue from the mortgage tax in 2010 to $350,000, “this lower amount is still not realistic.” The audit was also critical of the Town for underestimating the cost of employee benefits in 2009 by $21,500.
The Town’s July 21, 2010 written response and signed by Supervisor Richard Shea, is included in the summary document and addresses the audit’s criticisms. It states that “the actual deficit in the General Fund for the fiscal year ended December 31, 2009 was $688 . . . not $9,404 as projected in the auditor’s report. With regard to declining mortgage tax revenues the town’s response states that “Mortgage tax revenues have been reduced for the 2010 budget and will continue to be monitored” It also states that “this revenue source will be more conservatively budgeted going forward” and that “The unexpected decline in the housing market was not included  in the 2009 budget process but was a primary consideration in the 2010 budget and will be going forward.”
In addressing the reduced revenues from interest income the they responded in part that “”¦the Town did not anticipate the unprecedented lowering of interest rates by the federal government”¦Going forward the Town has incorporated the current interest rate environment into their assumptions as well as the decrease in state aid funding and mortgage tax revenues.” The Town’s response also pointed out that by the end of 2009 there was not an over expenditure of $21,500 for employee benefits but rather a savings of $827.
The audit also stated that the Town-Outside-Village-Highway Fund has a projected deficit of $30,760 for 2010, “due to an operating deficit caused by the Board’s failure to adopt realistic estimates, monitor results and make modifications.” The Town’s response indicates that it will take two actions that it expects “will result in a current year fund balance surplus.”  Included will be a delay in some highway improvement projects and leaving one open staff position. The Town estimates this will result in savings of approximately $125,000. Shea’s letter also indicates that the Town has formed a budget committee “to develop a multi-year plan beginning in 2011 to eliminate deficits and establish positive fund balances based on expected 2010 financial results.”
Shea’s letter also said that the Town has formed a budget committee “to develop a multi-year plan beginning in 2011 to eliminate deficits and establish positive fund balances based on expected 2010 financial results.”
Contacted by Philistown.info Shea said that the audit is “peculiar” because it uses incomplete figures for the fifth year rather than final financial statements – including the projected deficit of $9,404 rather than the actual year end deficit of just $688. Commenting on the town’s fiscal health Shea said, “The town is in excellent financial shape. We have a very low debt load – much lower than the legal limit.  We certainly don’t want to have a negative fund balance.” He said that the new Budget Committee has already met a number of times and is working to ensure a positive fund balance for 2010. Budget Committee members include Philippe Cotennac, Elizabeth Anderson, Donna Pidala and Nat Prentice – none of whom serve on the town board.
In their written comments to the Town’s response, auditors clarified their statements about a projected general fund deficit of $9,404 and over budget spending for employee benefits of $21,500 proved to be incorrect. “The general fund had a deficit balance of $688 as of December 31, 2009, and”¦the general fund had employee benefit expenditures that totaled $827 less than the amount budgeted for the year. However because these were draft financial statements and are subject to change, we did not change the amounts in our audit report.”