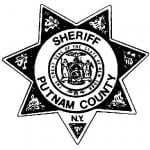 The Putnam County Sheriff reports the arrest of a 20 year-old Dutchess County man on larceny charges after a sheriff’s investigator observed him acting in a suspicious manner at the Cold Spring Boat Club.
At about 11:00PM on Saturday, Sept. 4, 2010, a sheriff’s investigator observed a man lurking about boats moored at the marina.  According to the sheriff’s department, an investigation revealed that the suspect had stolen a socket set from a sailboat and intended to use it to siphon gasoline from other vessels. The department identified the man arrested as Frank N. Petrera, Jr. of Hopewell Junction.
Mr. Petrera, was charged with Petit Larceny, a class “A” misdemeanor.  He was released without bail pending an Oct. 13 court appearance before Cold Spring Village Justice Thomas Costello. If convicted, Mr. Petrera may be sentenced for up to one year in the Putnam County Correctional Facility. The Village of Cold Spring Police assisted at the scene.