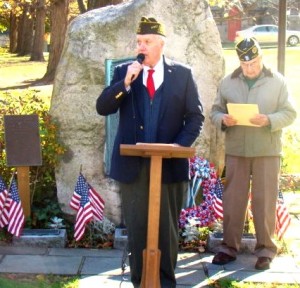 Philip L. Schatzle, commander of VFW Post 2362, gives the major address during the ceremony. Next to Commander Schatzle is Francis "Terry" Lahey, commander of the American Legion Post 275, master of ceremonies. 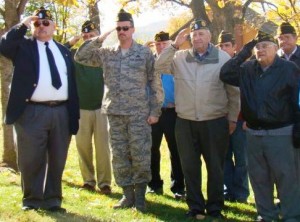 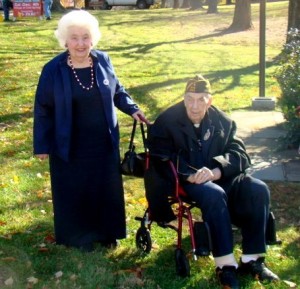 The Rev. John Mills, a former chaplain of the VFW and a World War II veteran, and his wife, Margaret Mills, join in the observances. 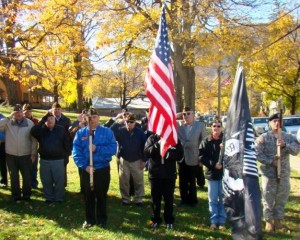 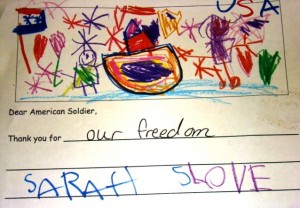 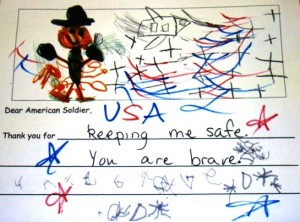 One thought on “Cold Spring Veterans”