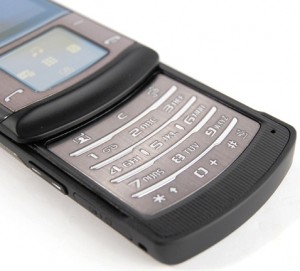 A new cause of conflict surfaced last week at the Cold Spring Village Board, with allegations of inappropriate private text-messaging between audience members and a single trustee. A few moments after the board ended its Jan. 4 workshop, two Cold Spring residents confronted Trustee Airinhos Serradas, alleging that they had seen him engaging in at least one text-message exchange with other audience members. The two critics – Thomas Ambrose and Kathleen Foley — claimed such conduct violates meeting protocol and gives select members of the audience unfair access to a board member on occasions when the board takes no open comments from the audience. Foley, who serves on the village’s Historic District Review Board, subsequently wrote a letter to the Village Board, detailing her concerns; she later forwarded a copy to Philipstown.info. Both Ambrose and Serradas declined to respond to requests for comment about the incident.

The board scheduled the Jan. 4 workshop to review the draft Comprehensive Plan with Stephen Gaba, village attorney, and Ted Fink, of Greenplan, the consulting firm that assisted with the draft. Two organizational associates of Serradas, Carlos Salcedo and Lee Erickson, seated at the meeting a few feet from Serradas’ chair at the board table, refuted any suggestions of impropriety. Erickson acknowledged sending Serradas a text message but said it consisted of a personal joke.  Like Serradas, the two have been active in Citizens of Philipstown.Org, a group concerned with local issues, especially property rights, established during heated public debate over Philipstown’s planned rezoning.

In her letter, Foley stated that the Jan 4 “workshop was closed to public comment, and yet I and others in the audience witnessed Trustee Serradas whispering with three members of the public seated near him in the front row. We also witnessed him being prompted to read a text message composed by one of those individuals during the meeting, then him reading it and reacting to it.” Such behavior allowed “privileged access to a trustee” to a few persons who “were seemingly allowed to comment on proceedings. No one else in the room was granted the same access or ability to comment,” she argued in the Jan. 6 letter. “If any single individual is allowed to communicate with a member of the board, all audience members should be granted the same right to comment on the proceedings.” Furthermore, she declared, “the public has a right to witness all related comments and conversations. Individuals allowed to comment privately to a board member in a public forum have undue influence on the deliberation of the public body,” Foley said.

Beyond that, she stated, “incoming telephone calls and text messages during public sessions are distractions from the serious work that elected and appointed officials are charged with undertaking.  It is simply disrespectful and rude to presenters and to the public for officials to accept incoming calls and messages while conducting the people’s business.” In closing, she proposed that board members accept calls in an emergency, but otherwise limit them. “This incident warrants the establishment of a policy regarding the presence and appropriate use of PDAs during public meetings,” she concluded. She asked the village clerk to provide a copy of her letter to Village Attorney Gaba.

Protocol bars comments to only one board member

On Jan. 7, Mayor Seth Gallagher told Philipstown.info that existing village meeting policy addresses such situations, precluding the need for immediate action. “I have no plans for a resolution on texting,” he said. “I don’t think one is needed. It should be common sense, and I think our rules probably already cover it.” However, he added, “I will likely address it at some point.”

According to the Handbook for Village of Cold Spring Board of Trustees, members of the public wishing to address the board “must be recognized by the presiding officer, and must give their name, address and organization, if any.” The handbook adds that “all remarks must be addressed to the Village Board as a body and not to individual Board Members.” It also provides that “interested parties or their representatives may address the Village Board by written communications” but does not specify whether that includes text-messaging during meetings. The handbook also says that Village Board members must “discourage side conversations, disruptions, interruptions or delaying efforts” at meetings.

On Jan. 6, Erickson confirmed that during the village workshop, “I texted him [Serradas] once. I actually made a joke to him, but I won’t comment on it. It wasn’t regarding the proceedings.”

“I was not texting,” Salcedo said, also on Jan. 6. Nonetheless, he said, throughout the room at the meeting, “I think there were a lot of people texting,” communicating with whomever. “Even the mayor got up and took a phone call. If they’re going to get annoyed, they should also get annoyed at the mayor taking phone calls. I’m surprised at a very substantive meeting this is the only issue that seems to be coming up.”

During the meeting, Gallagher looked at his phone and left the room, to return quickly. “That call was from the woman who takes care of my dad. If he falls down, or if there is an emergency, she calls me,” he explained Jan. 7, noting that he didn’t speak with the care-giver but passed the call on to another family member. Luckily in this case, his father was all right, he said. “As mayor,” he observed, “I would also take calls from the police, water department, fire department, etc.”