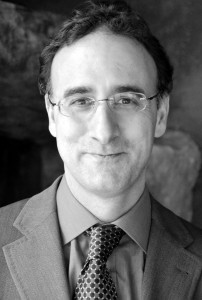 Jean-Paul Maitinsky has been selected as Manitoga/The Russel Wright Design Center’s new Executive Director. He will take up the appointment in March.  Maitinsky is currently Assistant Director, Exhibitions and Programs at the Hudson River Museum in Yonkers, where his primary responsibilities are managing the museum’s education and curatorial departments. Prior to that appointment in 2002, he was Director of Education at the Queens Museum of Art. From 1995 to 2000, Maitinsky was at the Hudson River Museum as Curator of School Programs.

According to a release from Manitoga announcing the appointment,

“Highlights of Maitinsky’s tenure at the Hudson River Museum include opening Hudson Riverama, an environmental teaching gallery; curating contemporary exhibitions such as Drip Blow Burn: Forces of Nature in Contemporary Art and Imaging the River; expanding the museum’s partnership with the Yonkers Public Schools; creating a scholarship program for disadvantaged youth in Westchester County; and developing the museum’s docent programs. Under Maitinksy’s direction, the museum’s Junior Docent Program received the 2007 Coming Up Taller Award from the President’s Committee on the Arts and Humanities.
Of Jean-Paul’s appointment, Manitoga’s Board President David M. McAlpin, American Institute of Architects, extols, “We are pleased and fortunate to have such a thoughtful, experienced and proven leader at our helm. With the full support of Manitoga’s board, staff, volunteers and contributors, Manitoga will reach its potential as a powerful and inspiring center: an authentic landscape, home, studio and learning laboratory. And we look forward to expanding opportunities to promote and influence critical thinking about design, particularly Wright’s enduring ideas on ‘living in harmony with nature’ and ‘good design for everyone.’ While continuing to restore and interpret Wright’s varied works, we will develop our local, regional, national and even international audience with Jean-Paul.  We are thrilled to welcome him to Manitoga.”

Maitinsky says: “From the moment I first visited Manitoga with my family, I was enchanted. I have a deep appreciation of the relationship between design and nature and great affinity for mid-century Modernism. I look forward to being a steward of Manitoga and Russel Wright’s legacy, working with regional and national stakeholders to bring new initiatives and resources to this compelling site.”

Garrison’s Manitoga/The Russel Wright Design Center is a destination for both design and nature enthusiasts.  Russel Wright’s modernist designs were a major influence on the households of middle class America in the fifties and sixties. His designs were highly influenced by his incorporation of the natural, organic world into everyday objects, and the extensive trails of the woodlands surrounding his property were both a reflection of his designer’s eye, and the inspiration for much of his work.
Manitoga, a National Historic Landmark, is open year-round (driveway access permitting — at times—including right now—it is iced over) for hiking, and during the warmer months for tours. For more information, visit www.russelwrightcenter.org or call 845-424-3812.

One thought on “Manitoga Appoints Jean-Paul Maitinsky as New Director”