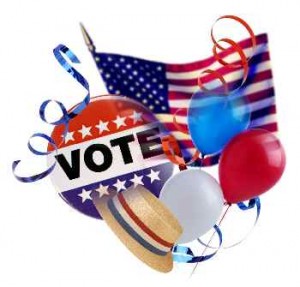 Cold Spring’s upcoming election pits current Mayor Seth J. Gallagher against his comeback-seeking predecessor, Anthony C. Phillips, and leaves Trustees Bruce D. Campbell and J. Ralph Falloon and local resident Catharine J. Square each vying for one of two available trustee slots. For the second time in two years Gallagher and Phillips will face off for the honor of being Cold Spring’s chief executive. This time, though, Gallagher is the incumbent and Phillips the challenger, reversing their positions. In 2009, Phillips sought his 9th, two-year term, only to be defeated, 420 votes to 479, by Gallagher, then a trustee first elected to the Village Board in 2006.
In the 2011 race, Gallagher is running as the Community Party candidate, Phillips for the Action Party, Campbell as the Camp-Bell Party favorite, Falloon as the Progressive Party choice, and Square on the Moderate ticket. They all filed their candidate petitions, official entries into the race, by 5 p.m. on Tuesday. However, Gallagher beat the others out of the electoral door, launching his campaign on Jan. 21 with a speech and outdoor rally. (See Gallagher Declares Candidacy for Reelection, Jan. 25.) Campaign statements have been requested from the other candidates.
Born in Cold Spring, Phillips served in the U.S. Marines for four years, worked in the building-construction field before retirement, and has been involved various community groups, including Pop Warner Football and Cold Spring Fire Company Number 1, in addition to holding the office of mayor for many years.
Campbell served as a trustee from 2002 to 2006 and on the Haldane Central School District Board of Education from 2006 until 2009, when he returned to the Village Board as a trustee. His background includes more than 35 years as an employee of the U.S. Military Academy at West Point and lifelong residency in Cold Spring.
Falloon, a professional firefighter in Stamford, Conn., served as both a chief and president of the Cold Spring Fire Company, which he joined in 1986, the same year he graduated from Haldane. A former Cold Spring assistant building inspector and fire inspector and lifelong resident, he seeks his second term as a Cold Spring trustee.
Square joined the Cold Spring Special Board for a Comprehensive Plan-Local Waterfront Revitalization Plan in March 2009 and became a member of the Cold Spring Area Chamber of Commerce board last December.
Village elections take place on the third Tuesday of March, though in 2009 they occurred on Wednesday, March 18, because the third Tuesday, the 17th, was St. Patrick’s Day. This year’s election falls on another historically notable date — March 15, also known as the Ides of March.