The concerts presented by the Howland Chamber Music Circle provide a level of musicianship exceptional by any standard. Lest anyone think that this must be some provincial touring outpost, a quick glance at their line-up each season reveals names of individuals and ensembles commonly found at major recital halls across the country and beyond.  Logic would deem these musicians highly unlikely to be booking a concert date at the architecturally-rich but not terribly large Howland Center in Beacon. How is this possible?  How can a small nonprofit group, run entirely by volunteers, bring such a stellar group of instrumentalists to such a venue?
This was the first question posed to Ed Loizides, and Cold Spring’s Anne Impellizzeri, president and member of the board of directors of the Chamber Music Circle, respectively.  Their answer was contained within a history of the organization, which had its genesis back in the 1970s when co-founder Gwen Stevens, a pianist and teacher who is on staff at Vassar, began hosting “house concerts” where trios or quartets would perform for a roomful of enthusiasts. Eager to support young musicians, contacts were made and early relationships established.  In 1992, a visit to the Howland Center by Stevens and her husband Bill introduced them to the unique building and, according to the history of the organization on the website, “they were immediately struck by the potential of that space for chamber music.” 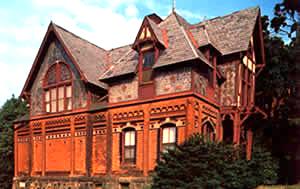 As Impellizzeri puts it, the Howland Center offers “chamber music in a chamber presented to a small audience in the manner in which it was composed and originally performed. Even if it was performed first in a manor house, it was to a small audience.” The first concert series presented at the Howland Center by the Chamber Music Circle began in 1993 and continued, adding more concerts each year, through the 1990s. Ultimately a nonprofit was formed, independent of the Howland Center itself, and this group continues to run the Chamber Music Circle, renting space at the Howland Center, and providing their own piano (the Howland Center has a separate one.)  Loizides cites the excellent working relationship between the two entities, and “the wonderful” Florence Northcutt of the Howland Center.
It was during these early years that the seeds were planted for what now is such an auspicious array of musicians.  Impellizzeri calls Gwen Stevens “a genius in picking outstanding performers on the cusp of becoming famous but still affordable.  The Brentano and Daedalus Quartets performed with us when they were starting out, and now they drop their fees just to come back.  They really like playing in that hall for such an enthusiastic and knowledgeable audience.  Gwen’s genius is multi-faceted: not only the selection of the performers, but promotion, fundraising, audience-building.”
Loizides adds, “Our audiences are 120 people.  With that small of an audience, our income isn’t great.  We have no paid staff and the Stevenses do all of the administration as well as the artistic side of things.  It comes down to the fact that artists just love playing there. The Boston Trio said ‘we wish we could do all our concerts here.’  On stage in a large auditorium the sound bounces out, but in this intimate setting you’re hearing your fellow instrumentalists much more clearly.” Of course the proximity to New York City gives the Circle a felicitous trove of talent to choose from. Often a Chamber Circle concert is the prelude, so to speak, to a performance in the city shortly thereafter of the same material, affording artists a lower-key setting in which to perhaps perform a new program.
In plotting out a varied repertoire for the season Loizides says they first ask the artists what they wish to play—and then seek adjustments when needed to avoid repetition, both within the year and with past seasons. “We ask people if they can change a piece.  We also look to see if there is enough variety.  Audiences love the string quartets—they eat them up—but within each program there might be two or three familiar works and then a fourth, which is newer.  Sometimes the audience is pleasantly surprised, sometimes less pleased!”  The Chamber Music Circle has sometimes dipped into the waters of Early Music and World Music as well, but this season, at least, is concentrating on its specialty. 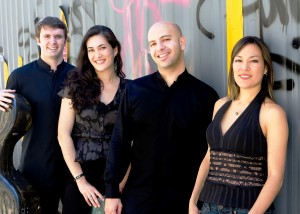 The enthusiasm and loyalty of the Chamber Circle audience was amply demonstrated when a fundraising drive was begun to purchase a better piano—a “grander grand.”  The expected three-year endeavor to raise the $40,000 needed beyond the funds in hand wound up taking just one year to achieve, with donations across the board, a mixture of substantial and smaller—whatever people could afford—contributions from many individuals.  A Steinway Model B grand was purchased.
Concertgoers come from a wide geographic area, from Poughkeepsie to Millbrook, places across the river and of course from Philipstown. Loizides says the group is not immune from the challenges facing many classical music organizations in building a new generation of audiences.  To try to encourage young musicians the group has established programs where visiting artists come into schools for residencies, working with high school music students for a few days.  A couple of months later, they return to see the progress made, in the form of a concert, hopefully giving the students an incentive to work. This partially grant-funded program has taken place in the Spackenkill and Arlington districts.  Sponsoring agencies include Chamber Music America, and, more recently, the Community Foundation of Dutchess and Putnam.
For elementary school-age children, the Chamber presents Classics for Kids, afternoon programs often featuring the same artists who perform in the Chamber Music Series.  These concerts are sometimes followed by Master Classes, where older students, experienced on their instruments, are critiqued in front of their peers.
A high proportion of attendees at the Chamber Music Circle concerts are subscription buyers.  Concertgoers can subscribe to as few as four and as many as eight concerts, and there is also a three-concert Piano Series package. Four concerts are offered in the fall, and another four in the spring, with the Piano Series held in the middle.  All concerts take place on Sunday afternoons at 4 p.m. All of the concerts are followed by a wine and cheese ‘Meet the Artist’ reception. Concerts sell out on occasion, but tickets are available at the door for many concerts.  It is best to call in advance to find out what the status is on the day.  Tickets can be pre-ordered through the mail, through a form available on the website, www.howlandmusic.org, or in the brochure, or by telephone at 845-297-9243.  Tickets cost $30 for adults, $10 for students, and subscription packages are discounted. 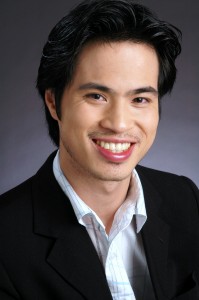 HOW WE REPORT
The Current is a member of The Trust Project, a consortium of news outlets that has adopted standards to allow readers to more easily assess the credibility of their journalism. Our best practices, including our verification and correction policies, can be accessed here. Have a comment? A news tip? Spot an error? Email [email protected]current.org.