Just like a meteor that passes the earth every decade or so, the Village of Nelsonville rarely has contested elections for the village’s three government posts of mayor and two trustees.  The last time the approximately 360 eligible voters were asked to make a choice was 2002 in a trustee race, according to Village Clerk Pauline Minners. This year’s March 15 election will be one of those special times when voters will be asked to come to the Village Hall and make a choice for trustee between a veteran officeholder and a newcomer to the local electoral landscape.  Mayor Tom Corless will also be on the ballot, unopposed.
Five-year resident Steven A. Dubroff of Main Street, running in the non-partisan election on the Nelsonville Neighbors line, said he intends to call at every residence in the village to introduce himself and discuss the issues important to the people.  “I’ve always been interested in government,” said 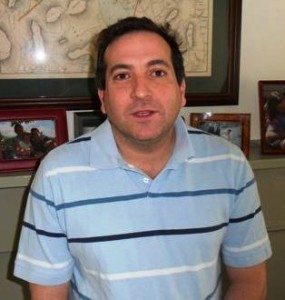 the college political science major, “so I thought this was a way I could get more involved in the community.”
Dubroff is challenging life-long resident Anthony D. Merante, who is seeking his fourth two-year term in a row as village trustee on the Pine Tree line, named after his Pine Street address.  Merante previously served as a trustee between 1984-1990.  He also held a seat as a Philipstown Council (or Town Board) member from 1995-2003 as well as once serving a term on the Haldane School Board.  Currently, he is the appointed chair of the Philipstown Planning Board. “I like the job, the people, the village,” said Merante, a retired Metro-North electrician who emphasized his problem-solving skills as his main qualification. “The problems are small, but important to the people who come to you.” He mentioned excess snow, brook flooding, dead or dying trees and occasional neighbor fence disputes as among the matters crossing his desk.  “I can usually cut through things and find a solution,” he said, citing his long-term relationships with Assemblywoman Sandy Galef and Philipstown Supervisor Richard Shea as a key reason for his effectiveness as a trustee.  “People look to me for my experience and my contacts,” he said. 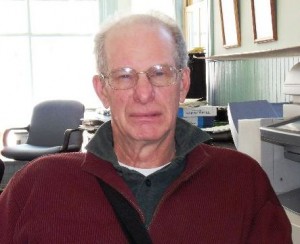 Dubroff, a salesman for a high-tech audio/visual company, said he was quite familiar with the village government from his experience as a homeowner making renovations to make room for his two young children.  “I spent a lot of time learning the permit process, the role of the Building Department as well as the Village Board,” he said. “I think people appreciate the idea of fresh eyes, a fresh approach to the issues such as fire safety and the adequacy of the water supply.”
As he makes his way around the village streets knocking on doors, Dubroff said he encourages people to think about having block parties and bake sales as ways for people to get out more and meet their neighbors, which he sees as a key to sustaining and improving village life.  He said he saw getting to know people better as reward enough regardless of the election’s outcome.  Acknowledging the results will likely be determined by a small number of voters, he said, “I do think people like the idea of having a choice in an election.”
“I have worked to keep the tax rate low for Nelsonville while still getting things done by working the budget,” said Merante.   He said the Village Board was working with Philipstown and Cold Spring officials to consider consolidation of the local court system as one way to save taxpayer dollars and that other consolidations were possible. But he drew the line at consolidating villages themselves.  “Nelsonville has its own history and independence, we need to keep that,” he said.
Photos by K. Foley

One thought on “Nelsonville to Hold Rare Event: A Contested Election”