The last performance of the 2011 Howland Chamber Music Circle’s Piano Festival features Benjamin Hochman, performing an ‘Homage to Chopin’ featuring composers Chopin admired or who were influenced by him. It will include the Sonata in C minor K. 457 by Mozart, Schumann’s Arabeske Opus 18, Four Etudes by Debussy and by Chopin himself: the Barcarolle in F-sharp major. Op.60, three Mazurkas, and the grand Polonaise-Fantasy in A-flat major, Opus 61. 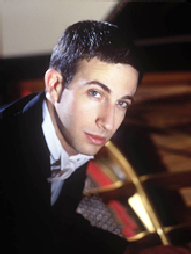 Benjamin Hochman’s recital debut was at the Metropolitan Museum of Art, and he has since performed in concert with the New York Philharmonic, the American Symphony Orchestra, the Israel Philharmonic, the Chicago, Pittsburgh and Cincinnati Symphony Orchestras. He has joined conductor Pinchas Zuckerman and the Chicago Symphony Orchestra in a Mozart Piano Concerto project with Hubbard Street Dance Chicago.  Notable festival appearances include Caramoor, Bard and Marlboro. His collaborations with chamber musicians included a performance last year with the Daedalus Quartet, at the Howland Center.
The concert will take place on Sunday, March 6, at 4 p.m. at the Howland Cultural Center, 477 Main Street in Beacon and will be followed by a reception to meet the artist. Tickets at $30 ($10 for students) can be reserved by calling 297-9243.
Further information on this and other presentations by the Howland Chamber Music Circle can be found at http://www.howlandmusic.org/