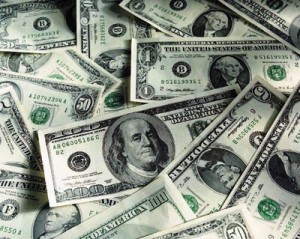 Five days before Cold Spring’s hotly contested village election, only two of five candidates had filed the campaign financing disclosure forms apparently demanded by state law. According to the New York State Board of Elections Campaign Finance Handbook, which outlines state election law, “all candidates and/or their committees must file the election reports for all elections in which the candidate’s name appears on the ballot.” Candidates and committees were supposed to have filed twice before the election — by Feb. 14, or 32 days in advance, and March 4, or 11 days in advance, delivering their statements to the village clerk. But by Friday noon, March 11, in Cold Spring, the sole compliers with those stipulations were Mayor Seth Gallagher and Trustee Bruce Campbell, both seeking re-election. Former Mayor Anthony Phillips, trying to regain his old office; Trustee J. Ralph Falloon, running for another term; and Catharine Square, trying to oust either Falloon or Campbell, had filed nothing.
As the handbook explains, candidates also must file a post-campaign statement 27 days after the election.  “I will be filing a statement when my campaign is complete,” Phillips told Philipstown.info in an e-mail Saturday afternoon. Falloon said he had either incurred no expenses or used old materials. “I have not nor need be filing any statements. I have either spent no money on my campaign or anything I may have used I had laying around or already owned. So I have nothing to claim or hide,” he said Saturday. Square did not reply to an inquiry about her financial disclosure plans.
The state election handbook says New York enacted the law to serve “several public policy purposes, including ensuring transparency of election funding, which allows for an informed electorate. This transparency enables the public to be informed on who is raising or spending money in “¦ election of any candidate” as well as “to see who is contributing to candidates.” Gallagher was the only one to provide two statements, for the Feb. 14 and March 4 deadlines. As of March 4, he reported total contributions of $3,172 and expenses of $2,459.91. Campbell filed an alternate form, a “Candidate or Committee Claim of Exemption,” which spares a candidate from supplying detailed information if he or she does not expect to spend over $1,000. The exemption form allows the candidate to further specify he or she “will not receive or spend more than $50″ for the campaign.
The law is not necessarily easy to understand. For example, while its provisions apply to a campaign committee authorized by the candidate, what happens when outside groups pay for things on a candidate’s behalf seems less clear. Thus the handbook defines the term “contribution” to include “any payment, by any person other than a candidate or a political committee authorized by the candidate “¦ provided however, that none of the foregoing shall be deemed a contribution if it is made “¦ by a person or a political committee independent of the candidate or his/her agents or authorized political committees.” It further states that “independent” means that the candidate “did not authorize, request, suggest, foster or cooperate in any such activity,” which seems to leave the door open for political activity for or against a candidate by outside individuals and groups. To date, Cold Spring’s campaigning has featured literature produced by “friends of” groups on behalf of Phillips and Square, ads for Campbell, large newspaper ads sponsored by former Trustee Gordon Robertson attacking Gallagher, and door-to-door canvassing and other advocacy for  re-election of Gallagher, Falloon and Campbell by supporters, including members of the ad hoc citizens Working Village Group.
Gallagher’s disclosure statements show donations from himself, neighbors, and friends inside and outside the village, although only one donation, from Accord, N.Y., from beyond Philipstown. His expenses were for newspaper ads, brochures, a breakfast for senior citizens, and coffee klatches or similar events. He listed no refunds of either expenditures or contributions and no loans.
On his exemption claim, dated Feb. 28, Campbell checked a box stating that “the receipts or expenditures” of his candidacy “will not exceed $1,000 in the aggregate [total] for the campaign.”


Polling and quirky prior elections — a choice of collar stays

Cold Spring’s election will select a mayor and two trustees. Balloting will take place at the Cold Spring Fire House, on Main Street at Church Street, from 6 a.m. until 9 p.m. In 2009, Gallagher, then a trustee, defeated Phillips, a 16-year incumbent, by 59 votes: 479 to 420. The village had about 1,450 eligible voters in 2009.  Phil Heffernan won a trustee seat with 309 write-in votes in 2005. In the same election, incumbent Trustee Ed Mancari and challenger John Teagle both got 304 votes. The trusteeship eventually went to Mancari in a sort of “drawing of straws” presided over by a county judge, except that instead of using straws they used collar stays.