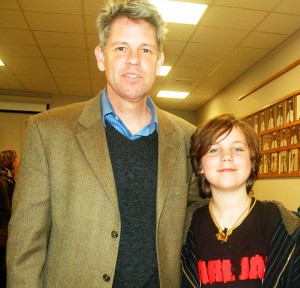 Savoring their sweep of Cold Spring village elections Tuesday night (March 15), incumbent Mayor Seth Gallagher and Trustees Bruce Campbell and J. Ralph Falloon announced their intent to move ahead on important issues facing the village. Gallagher defeated former Mayor Anthony Phillips, 547 to 371 while Campbell and Falloon received 649 and 631 votes, respectively, to the 361 picked up by challenger Catharine Square.  A rematch of their 2009 duel, this election brought Gallagher even more of a margin of victory than he saw two years ago when he bested Phillips by 59 votes, 479 to 420. The winners’ new terms of office begin in early April.
“I’m very happy,” an ebullient Gallagher said late Tuesday as he gathered with supporters, village residents, and Campbell and Falloon at the Silver Spoon restaurant, a few doors down from the fire house where the voting occurred. “I really appreciate the support from voters and look forward to working further with Bruce and Ralph.” 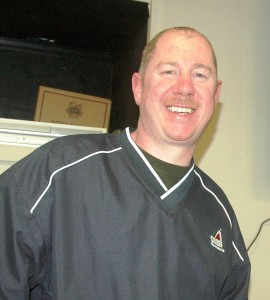 “Big win!” Falloon said succinctly and exuberantly. “I’m glad it’s over. I’m excited and am looking forward to another two productive years.”
“I’m very pleased with the results,” Campbell echoed. He, too, said he looked forward to a new term and the chance “to continue working together toward the best interests of the residents of the Village of Cold Spring.”
In a statement issued early Wednesday evening, Square congratulated the three winners. “I hope they will remember the concerns and needs of all the residents of the village,” she said. A member of the village’s Special Board for a Comprehensive Plan-Local Waterfront Revitalization Plan, she pledged to stay involved. “My life and my campaign has always been about inclusiveness and working together and I will continue that mindset with my volunteer work with the Cold Spring Area Chamber of Commerce as secretary; working with phenomenal events such as the American Cancer Society — Relay For Life, and various other boards 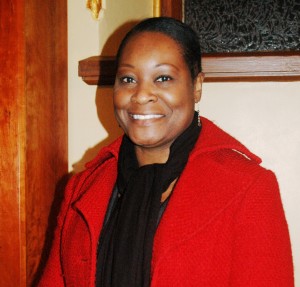 and community projects,” she said. “My involvement in our community will not stop at the door of this one election, nor will it be and never has been, led by divisiveness.” On arriving home on Wednesday, she added, she found a surprise from a neighbor, “a beautiful card and a box of chocolates (thank you), with a quote from William Faulkner, ‘Man will not only survive, but prevail.’ So you see, in our tradition of free elections, I will continue on, despite the election results — with my involvement in local, county, state politics and community efforts.” As of Wednesday evening, Phillips had not commented on the election or his future plans.
While relaxing after the election on Tuesday night, Gallagher promised hard work ahead. “I certainly don’t take winning for granted,” he said. I think all of us will redouble our efforts to bring down property taxes, improve services, and do the best job we can.” Asked if the results meant voters had sent a message, he answered, “I’d say the message is that negative campaigning won’t work. I think the voters were looking forward and understood that we made a big effort in the last two years to turn around the financial situation and maintain a high level of village services. And they appreciated that.” 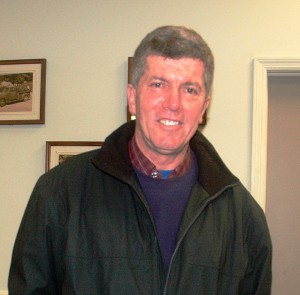 According to a New York State Comptrollers Report, under the latter part of Phillips’ eight-term tenure as mayor, “the village incurred operating deficits totaling $197,677; $123,159; and $32,457 in the general fund for the fiscal years 2005-06, 2006-07, and 2007-08.” Pro-Gallagher ads claimed that the latter’s “fiscal leadership” took village finances “from red to black” and cited accomplishments in “securing our infrastructure, safeguarding our water supply, fixing our sidewalks” and “improving fire safety.” A Feb. 27 pro-Phillips newspaper ad, paid for by Friends of Anthony Phillips, alleged that “while boasting of fiscal responsibility, my opponent has forgotten the fact that safety and quality of life take precedent over having a surplus of funds.” It accused Gallagher of “poor management and lack of direction” and of mismanaging snow removal in the village.
Photos by L.S. Armstrong