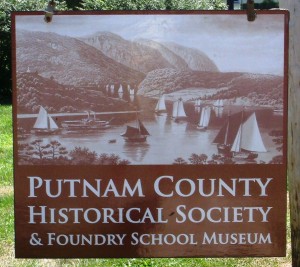 History certainly repeated itself as The Putnam County Historical Society (PCHS) held its 106th annual meeting on April 2, 2011 at its Foundry School Museum on Chestnut Street in Cold Spring. The meeting was a mix of the usual administrative and procedural items – along with an eye to the future of the organization and its key initiatives.
Doris Shaw, who had served as PCHS executive director from 1997 through 2001, was elected president. Other executive officers for the upcoming year include vice president David Duffy, treasurer Jim Young and secretary Gwendolyn Bounds. Three new trustees were also elected: Leslie Jacobson, a former executive vice-president with HBO; Mary Ann Wheaton who has worked at the senior executive level with a number of prominent companies including Yves St. Laurent; and Peter Munzer, a Garrison resident and owner of Olde Stone Kitchens and Flooring in Wappingers Falls. Betty Green was elected Trustee Emeritus joining Charlotte Eaton, Minette Gunther, Elizabeth Healy, Lillian McGuinness and Lynda Vrooman. 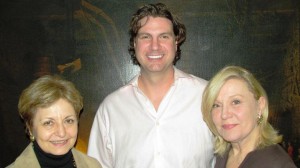 Addressing the PCHS membership, Executive Director Mindy Krazmien said that museums must reexamine their role as educators in the 21st century. Emphasizing the need for new approaches she quoted Marsha Semmel, Director of the Institute of Museum and Library Services as saying, “When we discuss the 21st century skills”¦we are talking about learning skills like critical thinking, creativity and innovation, communication and collaboration”¦Libraries and museums have always been about education and learning. [They] must evolve from places that simply present knowledge and information to places that share knowledge and engage their communities and work with their communities to co-create experiences.” Krazmien did not soft-peddle the challenges facing her organization. “I am painfully aware that we lag behind in a number of areas” she said. According to Krazmien those areas include the need for public access to the substantial collection of historic photographs; a lack of a “sense of ownership” in PCHS among “a wide swath of Cold Springers”; developing a wholly interactive website and the need to make the museum of greater interest to families with young children.
She also outlined some of PCHSs plans for 2011 including a project funded by a federal Preserve America Grant that will not only improve directional signage to the museum but also add ten interpretive signs that highlight interesting historical information at local venues. The museum will also develop a “Collectors Corner” which will give local residents an opportunity to display their private collections. 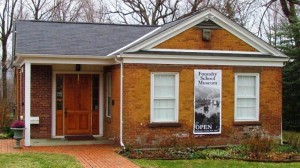 The current exhibit “Making a Living” which explores the history of business in Philipstown will remain in place until early June.  It will then give way to displays that focus on some of the most noteworthy artifacts in the museum’s collection – including a Russian sleigh given to the Butterfield family. The upcoming year will also see PCHS move east as it opens a new exhibit area at the Tilly Foster Farm near Brewster.  Shaw said that the opening has been delayed but that it will likely be ready for a ribbon cutting in early May. The first PCHS exhibit will feature artifacts related to local agriculture.
Other initiatives planned for the year include updates to the organization’s website along with continuation of the museum’s lecture series, the Young Associates Program and the Saunders History Contest. Krazmien said that a number of other projects will also be explored such as creating more interactive exhibits; re-establishing the historic classroom and development of an educational program for elementary school students. She pointed out that one of the museum’s pressing needs is acquisition of an Apple computer which would enable upgrading of the museum’s photograph collection.
Asked by Philipstown.info if increasing attendance will be a priority in order to boost museum revenues, Shaw said that a committee headed up by David Duffy will focus on improved marketing and promotion during the upcoming year. As part of that marketing effort she said she wants the museum to “become more of a gathering place.”
After the annual meeting Scenic Hudson’s Rita Shaheen presented a slide talk outlining that organization’s plans for the West Point Foundry Preserve. Krazmien said of the project, “Scenic Hudson’s work is so important to our organization — interpreting history in such an interesting way. It’s fascinating stuff.”  Interpretative treatment will include the foundry’s waterwheel which Krazmien described as “one of the largest in the country.”
The PCHS 2010 Annual Report included a Financial Report that may be the shortest in history: Income $326,615.82; Expenses $305,035.47; Investments $807,000. Residents can learn more about PCHS at its website: http://www.pchs-fsm.org/index.html
Photos by M. Turton