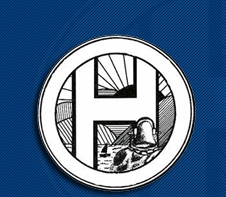 At their April 5, 2011 meeting, trustees of the Haldane Board of Education adopted a budget for the 2011-12 school year, which, if approved by voters in May, will result in a tax levy increase of 1.82 percent. Total spending would go from $21, 462,350 in 2010-2011 to $21,630, 013 — a year-to-year increase of $167, 663.       Superintendent Mark Villanti presented the proposed budget to trustees and an audience made up primarily of teachers and administration, with only three members of the general public on hand. Villanti explained that the proposed budget does not represent a complete budget because final revenue figures will not be known until August when local tax assessments are determined. Once approved by voters, however, spending cannot increase. In recent years, however, the final tax rate has decreased slightly when final revenue figures were taken into account. Villanti said the proposed budget is actually is slightly less than a “contingency budget” – a spending plan required by state law if voters were to reject proposed spending plans in May and again in a second referendum in June. Under a contingency budget the State dictates how funds can be spent – including mandated cuts and tight restrictions on extra curricular activities such as sports. 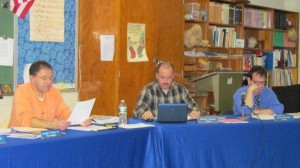 The meeting was chaired by Haldane Board of Education vice president Joe Curto. President Dave Merandy was out of town and unable to attend and trustee Gillian Thorpe was absent due to illness. Curto said that he had spoken to Merandy and Thorpe and both supported the proposed spending plan. Curto along with trustees Mike Junjulas and Evan Schwartz formed a quorum and each voted in favor of the proposed spending plan.

“Responsible Decisions” presented to board
Villanti’s presentation, entitled “Responsible Decisions: How to preserve education for the future” outlined the proposed budget and factors affecting its formulation. While other school districts have resorted to drastic cuts, including extensive staff layoffs in some cases, Haldane has been able to hold the line, at least for this year. “We are not spending like other [districts] in our region” Villanti said. A major factor is the use of reserve funds and unspent fund balance. Trustees approved using $330,000 in reserve funds in 2011-2012 along with $650,000 from the unspent fund balance to offset decreases in state and federal aid. For the past two years federal stimulus funding has offset decreases in state aid; however that funding came to an end this year. The news could have been worse. Had Governor Andrew Cuomo’s proposed cuts in education spending been approved by the State Legislature, Haldane’s state aid would have been reduced by 14 percent. The final cuts approved by the legislature shaved the reduction to 13 percent.
“We need to maximize revenues and minimize expenditures. It’s as simple as that. Our local economy is stressed” Villanti said. Cuts totaling $440,000 have also been made. Included are the elimination of a typist and teacher aide through attrition, reductions in summer school spending and special education tuition, cuts in operations, maintenance and athletics and reduced health care costs. Savings will also be realized through teacher retirements. An expenditure of $100, 000 for bus purchases was removed from the base budget and will go to voters for approval as separate resolution in the May referendum.
Villanti said he is pleased that the proposed budget will not result in any cuts in classroom instruction. Originally plans called for reducing a full-time Spanish teaching position to part time; however the current proposal gives administration the option of hiring a full time or part time teacher depending upon the candidates interviewed. A major factor that will undoubtedly put increased stress on budgets in the foreseeable future is the spiraling cost of both employee pension funds and health care. Wages and benefits combine to make up about 80 percent of Haldane’s annual budget.

In other business trustees approved tenure for four teachers and one director. Villanti said he recommended tenure, “”¦not because I’m easy on tenure but because they deserve it. We have a very thorough process.” Trustee Evan Schwartz agreed. “This is not the first time they [the recommended teachers] have come across our desk. We assess teachers in year one, year two and year three. If other districts did it the way we do there would be fewer problems.”
The 20011-2012 school calendar was also approved and includes a return to class on the Friday before Labor Day. “That way we can get right down to business the following week” Villanti said. The number of snow days was increased from three to four as well.

The entire proposed spending plan and the details of Villanti’s presentation can be viewed on the Haldane website
Photo by M. Turton

2 thoughts on “Haldane BOE Adopts Budget; Ready for May Referendum”