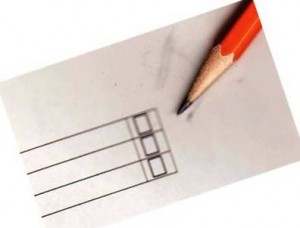 School districts have always evaluated student and staff performance as a means of describing student progress and teacher effectiveness. Historically, however, outside of standardized tests, such as the English Language Assessment (ELA) and math tests and New York State Regents exams, the methods, styles and frequency of these evaluations have been determined by individual districts in isolation from nearby districts and others in the state. As well, correlations between teacher effectiveness and student progress have not been made on a consistent basis. New state-wide evaluation metrics have recently been established by the New York State Education Department (NYSED) to codify and standardize metrics throughout the state and to make the connection between student performance and teacher performance. The new requirements are “data-driven,” meaning more, specific data must be collected (by school districts) and used as the basis of student and teacher evaluations. Garrison Union Free School (GUFS) Board of Education members heard a presentation about the new standards and the impact they will have at their May 4 special meeting.

Referring to the new data collection requirements, Superintendent Gloria Colucci prefaced her remarks by saying that “testing is not our prime focus, but we are required to monitor student growth and progress.” Colucci said that NYSED is revamping its assessment procedures to more accurately predict future success and identify student problems earlier. Toward this end, the state-wide assessment “cut-scores” have been raised to more accurately reflect proficiency. (See related story.) The assessment tests place students into one of four levels: 1- not proficient, 2- partially proficient, 3- proficient and 4-more than proficient. Those scoring on levels 1 and 2 are required to receive Academic Intervention Services (AIS).  The cut-score is the dividing line between levels. Under the new criteria, students must achieve a minimum score of 680 (up from 650) to be “proficient.” This change has increased the number of students determined to be partially proficient and in need of AIS.
In conjunction with the new cut-scores, changes are also being made to the assessment tests themselves to make them less predictable. They will also increase the content covered as well as the time allotted to complete the test. Principal Stephanie Impellittiere confirmed that the 2011 assessment tests “were longer” than those given in previous years. At the high school level, the Board of Regents is reviewing its testing program. In both cases the goal is to improve these tests as predictors of college success and to provide academic support earlier in students’ academic careers.

Trustees have many questions

Board Vice-President Ray O’Rourke and Trustee Diana Swinburne both expressed concern about the security of all the new data to be collected. Colucci reassured them that it will be password-protected and access provided only on a need-to-know basis. “Even the teachers do not have access,” she said. McCullough asked whether this information could be shared with parents — to let them know how their child was doing — and to allow them and the school to work together. Colucci said “yes” and that this process “is similar to what we have been doing — [but] now the data is organized differently.”
President Carol McCullough questioned that absence of science as a subject for state-wide assessment. Colucci responded that “it’s coming down the pike.” Impellittiere commented that the focus is on reading to create a strong foundation first.
Referring to the new assessment test format, Swinburne asked whether they “won’t force more teaching-to-the-test?” Colucci said that the core curriculum requirements “if successfully taught” will allow students to be able to perform well, even if they do not know the exact test format.

Teacher/administrator evaluations
Metrics for teacher and administrator evaluations are provided in the Annual Professional Performance Review (APPR.) The goal of the APPR is to “improve student outcomes” and to “identify exceptional educational practices.” Metrics include classroom observation for non-tenured teachers twice a year and a written evaluation by the principal, which follows New York State guidelines. Tenured teachers are observed once every three years, along with a yearly written evaluation by the principal or district superintendent. Tenured teachers may also provide optional metrics in lieu of the written evaluation. These can include: a specific educational project, peer coaching, portfolio or national board certification.
New standards are similar to the APPR,but are focused through the prism of student learning and knowledge. The metric for this will be a Single Composite Effectiveness Evaluation Score. Based on a scale of 1-100, teachers will be graded as: highly effective, effective, developing or ineffective; 20 percent of the score will be based upon student achievement on NYS assessment results and 20 percent on student achievement growth. The measure of this growth has not yet been formalized, but will be implemented locally. The remaining 60 percent will be based on local teacher assessment using NYS teaching standards and a new weighted rubric to calculate the Composite Score. At least 50 percent of this assessment must be based on classroom observation.
Superintendent Colucci said the district is working with teachers to develop the new evaluation procedures, commenting  that “more [and] shorter [teacher] evaluations throughout the year is more effective and representative of teacher performance.” The next steps for the district, described by Colucci, are: to monitor changes to the current state draft regulations, monitor the State Education Department website for details of the new rubrics, form a teacher evaluation committee, develop an understanding of the new regulations and to investigate possible, new local assessments.

Trustees question undetermined aspects
Trustee Rowe began the board discussion by noting that there are currently no incentives included in the new evaluation procedures and stating her belief that the two are “integrally tied together,” although they are “treated as separate entities by the state.” She also posed the question: “How do you reward highly effective teachers – – [with] merit pay – – [or] other non-financial incentives?” With the teacher‘s contract up for renewal in two years, merit pay would have very concrete implications for the district. Board Vice-President O’Rourke questioned whether the new evaluation procedures should be “enshrined” in the new teacher contract. A significant change, for teachers, was pointed out by Trustee Cannon, who said that “the old [APPR} evaluations did not affect teacher jobs.”
Past Board President Anita Prentice, herself a teacher for many years, said that schools have traditionally been disinclined to offer merit pay, but that other non-financial rewards are possible. Responding to the new metrics and their close correlation to student performance, she said that “unlike other businesses, teachers have not control over who comes into their class.” Cannon concurred. saying that “a difficult class will skew [the] rubric and teacher evaluation – – even with weighting” designed to allow for this.
“What happens when a teacher ‘hits their marks,’ but the students do not?” Cannon asked. Answering his own question, he said, “It’s a blanket approach that cannot be effective.”
Prentice said that the state is sending “a mixed message” by increasing standards at the same time it is reducing aid. “At this time of financial contraction that is causing larger class sizes,” she said, “districts have lost material and personnel resources.”