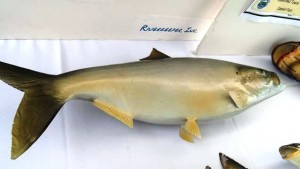 Riverkeeper, the environmental group dedicated to clean water supplies and protecting the Hudson River, held its annual Shad Festival on the manicured grounds of Boscobel on Sunday, May 15. The ever-present threat of rain kept the crowd and presumably fundraising below expectations. But for those who did attend there was education, entertainment and refreshment to enjoy. The event’s theme, however, came with a bittersweet message. The ritual celebration of spring’s arrival concurrent with the American shad’s return to the Hudson has its roots with the Native Americans who once inhabited the region.  The shad are an ocean fish that when mature annually swim up the river to spawn a new generation.  All the shad spend only the summer before returning to the ocean where they migrate up and down the east coast from Nova Scotia to Florida.  For centuries the shad, along with other species (herring, striped bass, eel and Atlantic sturgeon), had been in great abundance; sustaining Indian settlements and early European communities and eventually fostering a fishing industry all along the river. 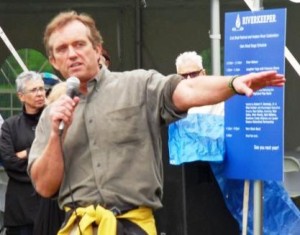 In March 2010, the New York State Department of Environmental Conservation (DEC) banned both commercial and recreational fishing for shad out of concern for the dwindling population.  Earlier DEC regulations in 2008 limiting the size of catches had proven ineffective in slowing the decline of the species. At the event Riverkeeper sought to raise awareness about the fragility of shad and other species in the Hudson’s challenging contemporary environment.  “The flat-lining of the young shad numbers result from over-fishing, power plant intakes and outflows, and the loss of habitats on the river as well as factory fishing on the ocean,” said John Liscomb, Riverkeeper’s patrol boat captain. Liscomb said he works closely with the DEC and other marine biologists in tagging and tracking programs and other efforts to study shad spawning habits and identify obstacles to their growth.
Liscomb said that 15 states, under the umbrella Atlantic States Fishery Commission (ASFC), are working toward a more cooperative effort to sustain fish populations recognizing the inter-relatedness of waterways, habitats and industry practices. “With new regulation from the ASFC, if a state wants to permit unlimited harvesting of a species, the burden is on the state to have scientific evidence that it is sustainable rather than conservationists having to provide evidence it is not. That’s a big change,” said Liscomb.

Other distractions and exhibits

Liscomb spoke inside the education tent overlooking Constitution Marsh as people stopped in for a look at plastic fish models and maps of the river displaying fish habitats as well as charts and graphs about the river environment. As he spoke, live music could be heard from a nearby tent. Giant puppets cavorted across the lawn led by their children handlers. Jugglers kept beat to the music. Local wines and beers were sampled and foods from Hudson Valley establishments were available. Elsewhere on the grounds ice cream was served, face painting techniques were on display and about a couple of dozen vendors offered a variety of green products and services such as watches made from recycled materials and home energy alternatives.
One roped-off area attracting special attention had several beautiful yet ominous-looking birds of prey sitting on tethered perches. Master falconer Robert Kennedy Jr., Riverkeeper’s vice chairman, was among the experts showing and explaining the birds. A peregrine falcon represented the Hudson Valley while others hailed from Africa, Europe, Asia and Antarctica. “These birds are ambassadors from the top of the food chain. If they are healthy then the rest of the environment usually is,” said William Wegner, staff scientist.
Later in the afternoon, Kennedy put on his chief prosecuting attorney hat while addressing an audience of 75 people. He spoke of Riverkeeper’s commitment to aggressive legal action in pursuit of river polluters.  “We have a program with Pace University Law School; each law student gets four polluters to sue. If they don’t win, they don’t pass the course,” said Kennedy. 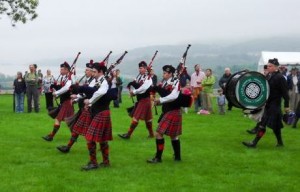 One thought on “Shad Festival Upbeat Despite Wet Weather”