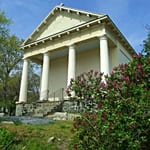 In what amounts to a recital for some of the area’s best known young  local singer/songwriters (several featured in a recent Philipstown.info Listening Room ) will take to the stage at the Chapel Restoration this Saturday (June 4) for a concert filled with original music. These musicians, who range from 9 to 17 years of age, are students of Stacy Labriola, Gwen Laster, Kathleen Pemble and Damon Banks. They hail from Philipstown as well as New York City and Connecticut and will be performing on piano, guitar, and violin.

The following is a roster of these up-and-coming musicians:

“¢ Matt Chason has been playing guitar and writing songs for four years and plays bass and piano as well. Matt says he plans to make music for the rest of his life.

“¢ Mackenzie Fariel is just 14 but she’s been writing songs since she was 6 and studying guitar with Stacy Labriola since she was 11. A fine vocalist, she was the only Middle School student invited to sing with Haldane’s a capella group, The Bluenotes.

“¢ Andrew Feyer has acquired a raft of musical experience in his 17 years. He plays piano, drums, orchestral percussion, guitar and bass; writes music; and performs solo and with several groups across the musical spectrum.  He attended last year’s Singer-Songwriter summer workshop at Interlochen and will study music this summer at Carnegie Mellon. Andrew plans a career in music. 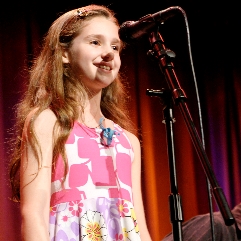 “¢ Dashiell Flach is a recent high-school grad who has been writing songs since he was 12. His piano driven compositions take their influences from a variety of genres. Dash, who also plays guitar and sings, will be attending Bard College in the fall.

“¢ Kyle Guffey is a high school sophomore who has more than a dozen songs to her credit, which she plays along with acoustic folk and country tunes in area venues. Kyle was one of Gwen Laster’s songwriting students at Interlochen Center for the Arts last summer and this spring, as a trombone player, she traveled with her Barlow High School band to Orlando for Festival Disney 2011.

“¢ Shayna Kandel-Zasloff has been playing the violin since kindergarten and now, at 9, is still at it. She prefers improvisation, has an ear for hip hop, likes to invent catchy tunes, and puts multiple moods into every song. A student of Gwen Laster, Shayna sings through her violin. 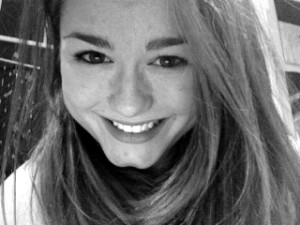 “¢ Joe Krzyzewski has been performing since age 11. The singer, songwriter, guitarist, who studies with Damon Banks at Poughkeepsie Day School, has a long list of musical accomplishments. He has organized a successful Hudson Valley benefit concert for victims of the Haitian earthquake, appeared at numerous festivals and celebrations in the NY area and is involved in The Power of Song, a group of young musicians led by Pete Seeger. Music critic Rachel Tinman says of him, “His writing is more poetic and heavy than a lot of musicians three times his age.”

“¢ Lindy Labriola is a sophomore at Haldane High School who has been composing songs since she was 10. Her future plans include study in biochemistry but this budding scientist says she will never lose her love of words and the creative outlet they provide.

“¢ Sara Labriola is a 7th grade student at the Garrison School who plays classical and electric guitar as well as saxophone.

“¢ Schuyler Press is 12 years old, has been writing songs for several years, and is currently studying guitar. One of her songs, I Am Today, is for sale on iTunes with all proceeds going to pediatric cancer research.

“¢ Aurora Straus is a 6th grader from Cold Spring who attends Hackley School. She has been studying guitar and songwriting with Kathleen Pemble for three years, also plays the flute and piano, and loves writing and performing her own music. 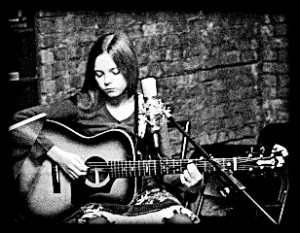 Don’t miss this wonderful opportunity to hear original songs performed by the songwriters of the future and show support for creative young musicians in our area. The concert will take place this Saturday, June 4, at 2 p.m. at the Chapel Restoration.  A suggested donation of $10 will benefit the Chapel. Free parking is available at the Metro-North Station directly across Market Street.
Photos courtesy of Chapel Restoration