Assemblywoman Sandra Galef hosts a two-part roundtable forum,  “Brainstorming Paths to Cost Savings for Taxpayers,” on Thursday, June 9, in Cortlandt Manor. The first part, on school districts, features school officials discussing savings from shared services. The second part focuses on municipalities, with officials discussing the potential for savings through consolidation of services in the courts, law enforcement and fire departments.
The first discussion takes place from 3:30-5:30 p.m. Panelists include: Susan Schmidt, the assistant superintendent of Sullivan BOCES, who will discuss how her BOCES created a central business office for multiple schools; Putnam Northern Westchester BOCES District Superintendent, Dr. Jim Langlois, who will explain a study his BOCES conducted on consolidating out-of-district bus transportation and current and future plans for online instruction; and Dr. Barbara Fuchs, the Putnam Valley CSD superintendent, who will talk about consolidation of assistant superintendent and superintendent jobs into one position. School superintendents and business officials from the 90th Assembly District will also review recent changes they have made to share and consolidate services, which are starting to show financial savings. During an intermission from 5:45-6:45 p.m., the public may join Galef with their brown bag dinners. 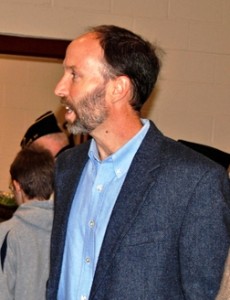 The second discussion will focus on municipal savings. Panelists include Alan D. Scheinkman, New York State administrative judge, who will discuss the pros and cons of court consolidation and a consolidation pilot program in Ossining. Putnam County Executive Paul Eldridge will talk about outsourcing county services to save money. Vice President of Hudson Valley Pattern for Progress John Clarkson will give an update on municipal consolidation around New York State; the Town of Ossining supervisor, Catherine Borgia, will speak about consolidating highway and public works departments and law enforcement changes made to save money. Town of Philipstown Supervisor Richard Shea will talk about issues relating to fire districts. Municipal officials from the 90th Assembly District.will also join the conversation to highlight changes they have made or are making to save money in their county or local governments.
The meetings will be held at Cortlandt Town Hall, 1 Heady St., Cortlandt Manor. An opportunity for questions from the audience will follow each discussion. For more information, contact Assemblywoman Galef’s district office at 914-941-1111 or e-mail: [email protected]