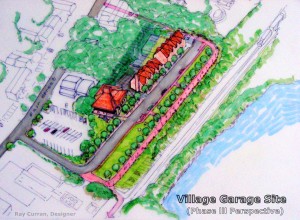 Even after five years of extensive public input, new ideas continue to bubble up regarding the future of the Cold Spring waterfront.  At its June 23 meeting, the Special Board responsible for drafting the Local Waterfront Revitalization Plan (LWRP) was presented with three distinct visions for the property that now serves as the Village of Cold Spring truck yard and garage – a site that offers spectacular views of the Hudson River and the Highlands. A Brooklyn-based non-profit organization would like to see the site become the Hudson Music Center. A life-long resident favors it being used as a community center. A Main Street business owner wants to see it become the permanent home of the Cold Spring Farmers’ Market.
JazzReach Performing Arts & Education Association, Inc. submitted an ambitious preliminary concept that includes a 150-seat performance space, a 20-25 room boutique hotel, a market, cafe and “chef’s table” that would offer gourmet foods. The  proposal also calls for 10-15 one and two bedroom residences, a fitness center, communal office space, a public riverfront space and optional public parking. JazzReach seeks to lease the property from the Village and then develop the site. When asked what the annual lease fee might be JazzReach spokesman Hans Schuman said, “Perhaps a dollar.”  Minimal leases such as that are not uncommon locally among non-profits that do not own their own property. No cost estimate for the project was given. JazzReach would be responsible for all capital development costs.  Special Board member Marie Early cautioned Schuman to not look to the village as a funding partner. 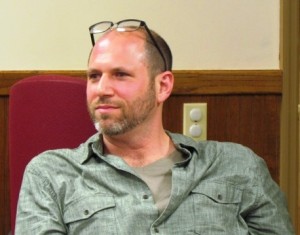 Schuman said that JazzReach was established 16 years ago and conducts programs across the country at “esteemed music venues.” He said that the former Marathon Battery site or Dockside Park could also be considered as potential sites for the proposed music center. Special Board member Karen Doyle said that based on comments from Fahnestock State Park manager Bill Baumann,  New York State would not allow such a development at Dockside. The site is owned by New York State Parks and is administered by Baumann along with other local State-owned properties such Little Stony Point. At a recent meeting Baumann said that a full sized restaurant at Dockside would not likely be approved because it would have a negative impact on the landscape. The village is negotiating an agreement to take over management of the Dockside and can develop it subject to State approval. Marathon property owner Ken Kearney has mentioned the possibility of creating a community space as part of redevelopment plans for that site.
Local resident David Birn enthusiastically supported the music center concept – although not necessarily the truck yard as the place to put it. “A performing arts center is a fantastic idea but I don’t know that this is the best site for it. A 100-150 seat [facility] would be an incredible asset to the community.” He said that a cultural center would have “a very positive long term economic impact” on the village. He also urged the Special Board to resist the temptation to recommend selling the truck yard to a developer – that while that might result in a large one-time payment to the village, the potential public benefits of the site would be lost to a few private individuals. Vice Chairperson Anne Impellizzeri put the idea of a music center in perspective. “This is a long way from doing anything. This is about planning recommendations.” 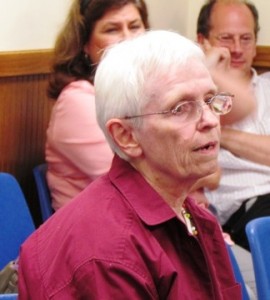 Janet Rust has lived in Cold Spring her entire life and leaves no doubt that she does not want the truck yard turned over to a developer. She asked the Special Board to not even display one conceptual map showing the site being developed for housing. “I shudder when I see that,” she said. “I want it to benefit people in our own community.” Rust proposed that the existing village garage be converted to a multi-purpose community center. She listed numerous potential uses including making the revamped building local headquarters for Boy Scouts and Girl Scouts. “It’s time they had their own home,” she said. Other uses favored by Rust include meeting and performance spaces, facilities for the newly established film society, a hospitality centre for hikers and cyclists and a kitchen. 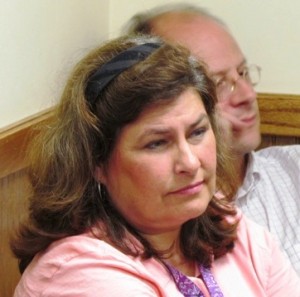 Lynn Miller owns Go-Go Pops on Main Street and is a vendor at the Cold Spring Farmers’ Market. She wants to see the truck yard become the market’s year-round home. She said that vendors were left wondering until the last minute this spring before finally being notified that the outdoor market would again be located at the old Butterfield Hospital site. The winter market has been held indoors at the Philipstown Recreation Center. “This [the truck yard] would be a wonderful permanent home for the market,”  Miller said. She said that communities, such as Ithaca, New York, that have created permanent market facilities have enjoyed increased economic benefits. “Farmers’ markets also provide entrepreneurial opportunities.” Miller said that when the economy turned sour her husband lost his job and she found herself underemployed. They had an idea for creating their own business, but needed a testing ground. “We ‘got our feet wet’ at the farmers’ market,” she said. They tested their products and based on the success at the market opened their Main Street shop.
Throughout the Comprehensive Plan process, and now during the drafting of the LWRP, there has been considerable support for connecting the redeveloped truck yard – in whatever form that may take – with Dockside.  Although it presents many challenges, a bridge has been suggested most often as the way to do that. Local resident and architect Jimmy Zuehl literally turned that idea upside down – suggesting instead that a tunnel be constructed under the Metro North tracks. He reminded board members that Cold Spring already has one such tunnel at Main Street. Zuehl said that the truck yard site is large enough to construct a gradually sloped, wheelchair accessible path to the tunnel entrance, an approach that he said was more desirable than having to install an elevator for handicapped users.
While ideas continue to flow, Special Board members are becoming increasingly aware that it may be time to turn off the tap. During a discussion about whether to have additional public workshops and an information table at Community Day celebrations on July 3, Karen Doyle said, “At some point you have to analyze what information you have”¦ time is getting short.” Marie Early agreed.  “I’m with Karen” she said. “It’s time to move on. We have to work on conclusions. There’s not enough time to evaluate more workshops. August workshops will push us past September.”
Meetings of the Special Board are open to the public and are posted on the Village website.
Photos by M. Turton