Two panel discussions, one in July and the other in September, will examine the role of spirituality in protecting the environment.  These talks are being presented by the Beacon Institute for Rivers and Estuaries at their Center for Environmental Innovation at Denning’s Point in Beacon. The talks, which will encourage lively and engaging discussion amongst Christian, Jewish, Buddhist and Islamic theologians, are designed to transcend differences amongst belief systems to find common points of intersection and hope.

In the first discussion, to take place on July 21 at 7 p.m., Sister Brigid Driscoll and Rabbi Lawrence Troster will explore the similarities and differences between Christian and Jewish sacred texts and traditions as they relate to environmental challenges within the context of today’s world, as well as examine the role of humans as stewards of the earth.  Beacon Institute’s John Cronin will moderate the discussion. “In recent history, we have looked to scientists for an understanding of the emergence of the universe,” states Sister Driscoll. “As we consider our human responsibility toward the earth with regard to faith and an evolving understanding of theology, we can add new environmental and ecological consciousness into our thoughts and beliefs.”

“There are serious, creative challenges to our theology when considered in the context of our contemporary world,” states Rabbi Troster. “Given that religion is an interpretive tradition, a tremendous opportunity exists for a genuine shift in thinking about caring for the universe.” 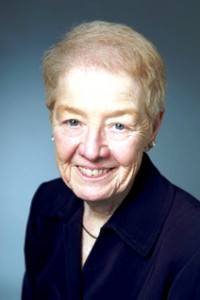 Brigid Driscoll is a consultant to Beacon Institute, having been appointed to the position by Governor George Pataki in 2000. She chaired the advisory committee that developed the initial strategic plan for the Institute. Sister Driscoll is currently the U.N. Representative for the Religious of the Sacred Heart of Mary. Sister Driscoll holds a master’s degree in mathematics from Catholic University of America and a doctoral degree from The City University of New York. She has been awarded five honorary doctorates. In 1999, Sr. Driscoll retired from the post of President of Marymount College at Tarrytown after serving in that position for 20 years; prior to that she was a member of the College’s mathematics faculty. 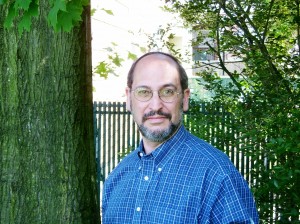 Rabbi Lawrence Troster is the Rabbinic Scholar-in-Residence for GreenFaith, the interfaith environmental coalition in New Jersey. He is the creator and former director of GreenFaith’s Fellowship program, the only interfaith environment training program for religious leaders in the world. He has published numerous articles and has lectured widely on eco-theology, bio-ethics and Judaism and modern cosmology.  Rabbi Troster earned his B.A. from the University of Toronto and his M.A. and rabbinic ordination from the Jewish Theological Seminary (JTS) of America in New York City. He recently received an honorary Doctor of Divinity by JTS for more than 25 years of rabbinic service and is pursuing a D. Min. in Ecological Ministries at Drew Theological School. Rabbi Troster was recently honored by the Temple of Understanding, one of the oldest worldwide interfaith organizations, as an Interfaith Visionary.

The second event in this series, scheduled for September 15, will feature a similar discussion exploring Buddhist and Islamic viewpoints with Bonnie Myotai Treace, founder and head Sensei of Hermitage Heart and the Bodies of Water Society in Garrison, and Faraz Khan, a senior environmentalist with the New Jersey Department of Environmental Conservation and Muslim Chaplain at Rutgers University. Online registration for this free event is encouraged at www.bire.org/events/
Photos courtesy of BIRE