There may be a surprise in store for you

OK. I admit it. I totally, completely, fully underestimated the weekly

All manner of vehicles are there waiting to be gawked at. “Basically, if it’s on wheels, it’s been here,” Young said. Those wheels include classic, vintage cars and pickups; exotic species such as Porsche, Ferrari and Lamborghini; police cars, jet cars, antique fire trucks and modern-day street models. Motorcycles have a very strong presence as well with 600 to 1,000 shown on a good night. Each week it’s the luck of the draw as to what there is to see, and that variety keeps spectators coming back week after week. And they come from all over the region, usually 1,000 to 2,000 each week. Owners of the cars on display come, quite literally, from across the entire country. 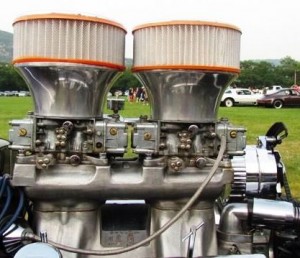 Organizers still speak in awe and disbelieving tones when they recall the night of the “perfect storm” cruise that took place in 2003. No pre-registration is required — so organizers never know in advance what the turnout will be. Advertising is mainly by word of mouth. On that fateful night eight years ago there was so much traffic backed up on roads leading into Bear Mountain that police shut down entry to the cruise. Before the shut-down, 1,300 cars were admitted to go on display. Many others never got into the park. “It was unbelievable,” Young said. 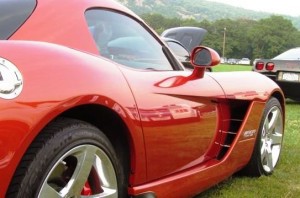 Vehicles are displayed on the expansive grass field between the Bear Mountain Inn and the skating rink and are assigned a space in the order in which they arrive — not by era, make or model. The result is a very spontaneous, “you never know what you’ll see next” feel to the event. A Studebaker Hawk may sit next to a 2011 Corvette. A two-tone 1956 Ford may be displayed alongside a Ferrari.  A Dodge Viper may be paired with an American Motors Gremlin. It makes for an eye-popping stroll. 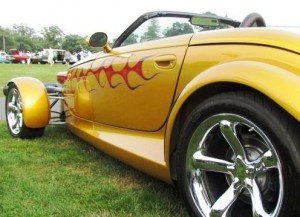 Visitors to the car cruise can also expect the occasional surprise. It may take the form of an unusual or high-profile vehicle — such as a Chevy S10 made out of wood; the 1977 Trans Am from Smokey and the Bandit; the “Bumble Bee” from the current version of Transformers; a crazy set of wheels from Mad Max; or an original military Humvee complete with 50-caliber machine gun. Another eye catcher which has appeared from time to time is a 1969 Yenko Camaro — only about 200 were ever built.

The surprise can also take the form of a celebrity with a car connection or simply a love of cars. Cindy Williams (Laverne & Shirley, American Graffiti); Sally Field ( The Flying Nun, Smokey and the Bandit, Forrest Gump) Paul Le Mat (American Graffiti) and New York Yankee favorite Bernie Williams have all made appearances.

Finally, it wouldn’t have been a complete car cruise without a serious conversation about the greatest car songs of all time. Craig Young had no problem picking out his favorite — Little Deuce Coupe by the Beach Boys. Rod Benders’ President Jim Turner had difficulty but eventually settled on Hot Rod Lincoln — originally sung by its writer, Charlie Ryan, then later made into a hit by Johnny Bond;  Rod Benders Vice President Rich Weishaar went with Shut Down by the Beach Boys. This reporter refused to choose between Jan and Dean’s Dead Man’s Curve and the Beach Boys Little Old Lady from Pasadena. What would you vote for as the ultimate car song?
Photos by M. Turton
[slide]