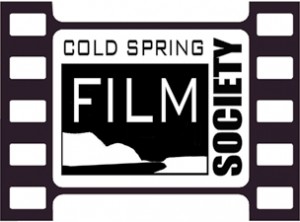 One would be hard-pressed to think of a wackier double-feature film event in Cold Spring than today’s (Sept. 10) encore offering of the Cold Spring Film Society’s free outdoor 2011 Summer Film Series. Babe, that cute family hit you may remember from 1995, has been paired with Stanley Kubrick’s 1964 classic, Dr. Strangelove or: How I Learned to Stop Worrying and Love the Bomb, for an evening’s entertainment that is bound to appeal to all manner of movie lovers, old and young.

The event was inspired by the scores of suggestions submitted via email and on the Film Society’s Facebook page by the Summer Film Series’ audience in response to a call for film ideas for a September encore screening. The list of suggestions received was long and broad, ranging from lesser-known cult favorites (Brazil; Bladerunner) to silent classics (Son of the Sheik; Nosferatu) to Hollywood’s golden hits (Casablanca, Swing Time) to Eighties favorites (Goonies, E.T., Back to the Future) to tots’ flicks (Cars, Dumbo) and beyond. Only a few film titles garnered more than a single mention, making it clear that the local audience for this popular summer event has very diverse tastes. In response, film society members opted to pair two films from the suggested list for a discordant double feature that will take advantage of the end-of-summer’s earlier sunset.

Screening first, Babe is a visually stunning treat for all ages. It tells the story of a spirited little pig who insists on behaving like a sheep dog in an effort to break free from his normal role in the barnyard. The movie was independently produced and nominated for seven Academy Awards including Best Picture (yes, adults love it too). So bring a blanket, your grandmother and your boyfriend, put the kids in their PJs, on pillows or in pack-n-plays and come early (or let the little ones stay up late) for this special treat under the stars. The first show starts at 7:15 on the lawn at Dockside Park, runs 94 minutes, and is totally free, as always. The Film Society will be popping fresh popcorn and nobody will care if the kids are making noise and crawling/tottering/running around with glee (and who knows, maybe they’ll fall asleep and you can stay for the late show).

The second part, Kubrick’s hilarious cold war satire Dr. Strangelove, will start at 9 p.m. after a short intermission timed to allow for exiting kids and entering cinephiles. Starring Peter Sellers (in several memorable roles) and George C. Scott, the film’s plotline follows a crazy race to recall released nuclear bombers after an insane U.S. general orders a first strike attack on the Soviet Union. Its absurdist scenarios and brilliant comic performances poke fun at the anxious underpinnings of the nuclear scare with accessible, eyebrow-raising humor that still cracks up contemporary audiences, making it (in Roger Ebert’s words) “arguably the best political satire of the century.”  Fresh popcorn will continue to flow for this second show (still free!), which runs 95 minutes. More information can be found at  www.coldspringfilm.org.