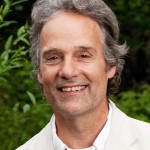 After 10 years of helping to chart the future of the Haldane Central School District, Dave Merandy felt ready to take on a new challenge – trade the Haldane school board presidency for the role of “freshman” on the Philipstown Town Board. So the lifelong Philipstown resident and seasoned businessman, a Democrat, is running for a Town Board councilor post in the Nov. 8 election.

Merandy relinquished the job of Haldane Board of Education president this past summer, but said in an interview Oct. 21 that he has not yet decided on whether to quit the school board entirely if elected to the Town Board. “It really depends how much time is required,” he said. He knows a bit about juggling responsibilities: Before joining the school board, he was active with the Philipstown Recreation Department, Little League, and similar groups while raising five children, now 25 to 36 years old. A graduate of Our Lady of Loretto grade school, he grew up in a house on White Hill Place in Cold Spring and after graduating from Haldane High School started his own construction business. It’s kept him busy ever since.

Over the years, he’s learned about the vagaries of electoral politics. When he first sought a school board slot, “I lost one election and ran again.” The next election or two after were contentious, he said. “I had people going door to door against me.” Nonetheless, he prevailed and in time “I was running unopposed,” he said. He spent five years as school board president. He believes his background, dealing with school budgets, infrastructure, and policy, will serve him well on the Town Board because “nothing is going to be new to me. I’ve faced tough budgets” and potentially daunting problems. He recalled that early in his school board tenure, Haldane was weighing a major expansion and upgrade, with a large state-of-the art gym, cafeteria, and other amenities, planned by a New York City architectural firm. “I just thought a lot about that was not right,” he said, and the building plans were scaled back.

At the town level, he said, “I think the budget is the biggest challenge,” with the need to constantly balance revenue and expenses and services, taxes and services. Like any political figure, “I guess my main goal is to keep taxes down,” he said. He expressed concern about residents who want to stay in the community as they grow old but find the burden of ongoing home-ownership difficult and have no family here with whom they can live.  “They have to be considered,” he said. Overall, he said, he backs the direction taken by the Town Board under Supervisor Richard Shea, including his financial stewardship. “I think the budget comes out of a Republican-Conservative handbook, pretty much. And that’s under the Democrats!”

He also spoke of the importance of protecting the town’s rural character and scenic beauty and praised the revised zoning code and Town Board’s encouragement of public participation in crafting it. “They listened to everyone.”

At least for the beginning, if elected to the Town Board,   “I don’t have any grandiose plans,” he said, although he described as intriguing the possibility of merging some local government functions, such as justice courts. ”I would definitely be looking into it. I think it’s a great idea. If we have overlapping services, why not consolidate them?”

Along with budget questions, he said he expects the increasingly controversial question of dirt roads “is going to be at the top” of the board agenda in the next few months. To resolve it, Merandy advised, “you need input from everyone” –- residents as well as Highway Superintendent Roger Chirico and town officials and perhaps outside experts who could lend a fresh set of eyes. Sections of some dirt roads probably need to be paved, he suggested, because leaving them alone “is just not cost-effective.”

Aside from experience, Merandy said the personal assets he can bring to the Town Board include strengths in interviewing and making good hiring decisions, listening to others, and bringing diverse individuals and opinions together. During his years on the school board, Haldane operations became more transparent, he said. Now, “pretty much everything you can do” on the inside “as a policy-maker you can see” on the outside as a member of the public.  He recalled the school board’s experience in plans to upgrade the heating system. A citizens group proposed a geo-thermal alternative. So rather than making an immediate decision, “we put it off a few years. We didn’t really have to do that,” he said. The geo-thermal option was duly explored, but “in the end, I think most people didn’t feel that was suited to a school of our size.” All in all, “it was an interesting exercise,” he concluded.

According to Merandy, whether for the school board or Town Board and beyond, much of governance involves a willingness to be flexible and tolerate other approaches. “It’s got to be about compromise,” he said.  “You bring it all together and try to keep it together and response everyone. I think that’s what government should be all about.”