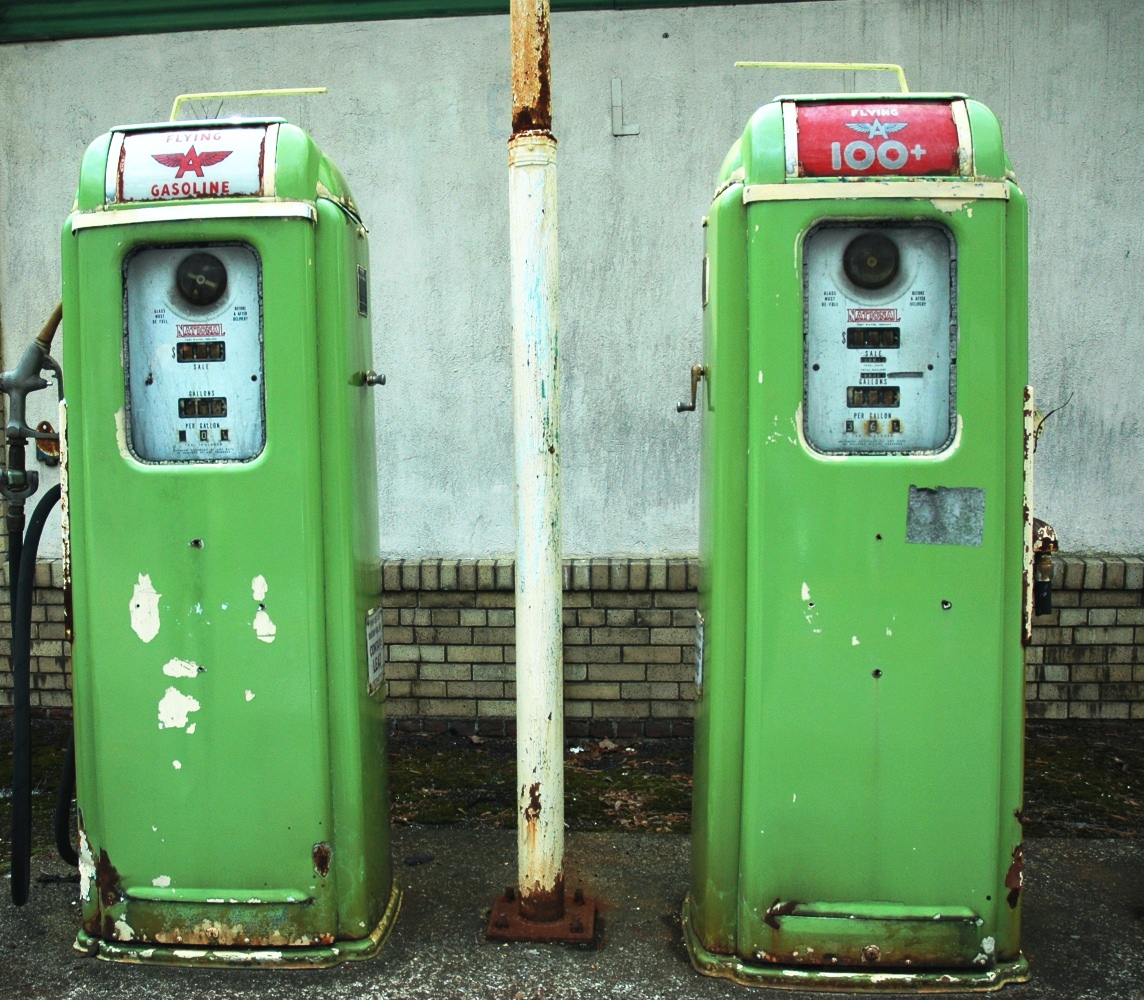 The Flying A pumps in Cold Spring in 2007 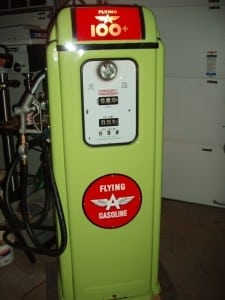 A restored Flying A pump

Long Island man just had to have them

On the Nov. 21, 2010, Cold Spring residents awoke to discover that one their favorite landmarks had gone missing – the distinctive, green Flying A gas pumps located on Fair Street in front of the former Ford Dealership.

Just a week prior, a bride and her bridesmaids had stopped to have their picture taken in front of the near-celebrity pumps from the past. It was not an uncommon sight. After their mysterious departure, many a coffee shop conversation bemoaned the pumps’ disappearance, fueling speculation as to just where they may have gone – and why.

Mystery solved. On Thanksgiving Day 2011, just more than a year after the pumps’ disappearance, Philipstown.info received an email from Randy (last name withheld upon request) of East Islip, New York. Seems the pumps are now proud residents of Long island.

“I just read an [Philipstown.info] article written December 13, 2010 – better late than never – about the Flying A gas pumps removed from … your town. I purchased them from the owner and have restored them to new condition,” Randy said in his email.

A second email provided more of the back story. “When I was a little boy I remember my grandfather’s gas station with the Flying A gas pumps like the ones…in Cold Spring,” he said.

These aren’t the first Flying A pumps Randy has acquired. As a teenager he worked in a gas station that had just reopened after being boarded up for many years. In the back of the old garage was a Flying A 100+ octane pump. Randy asked his boss if he could have it and became its proud owner. He kept the pump for a couple years but traded it away in exchange for work that needed to be done on his truck.

“I was a stupid kid. I regretted it every day – but didn’t have money for the motor work.”

In 2008, Randy began to hunt for another Flying A pump. He found photos of the Cold Spring pumps on Google, contacted the photographer, but was unable to learn much. “I just let it go,” he said.

In 2010 he revisited Google and once again came across the Cold Spring pumps. This time he was more persistent. After using GPS, Facebook and speaking to someone at the village hall, he was able to track down the pumps’ owner. “Thankfully they were for sale. My perseverance paid off. My dad and my 14 year-old son went with me to Cold Spring on November 20 to disconnect them and bring them home,“ Randy said.

The pumps now reside in the garage at his family home in East Islip – right next to his 1934 Ford Roadster. “I restored one pump over the winter last year – completely tearing it apart, sandblasting and repainting. I even rebuilt the motor so… I could pump gas with them.”

Randy said the pumps were originally porcelain coated. He used a local company that does bathtub refinishing to restore the green porcelain. He hopes to restore the second pump soon. “I don’t have any photos of my grandfather’s station – they’re all in my head, but I do have the original Flying A first aid kit that hung on the wall and a bronze plaque with the Flying A creed on it, ” he said. His other Flying A memorabilia includes road maps and a six-foot sign.

Randy declined to say what he paid for Cold Spring’s most famous gas pumps. “The price … is not relevant – just having them back in our family is priceless.” And he’s not about to make the same mistake he made the last time he acquired a Flying A gas pump. “These pumps will never get away from me again. They are part of my history…hopefully they will stay in our family forever. “

Cold Spring residents and visitors still often mention that they miss the pumps – but at least now the mystery has been solved and they can rest assured that the twin Flying A’s have found a good home.

One final detail: when restoring the pumps, Randy was careful not to alter the price of gas displayed when he acquired them – 36.9 cents per gallon of 100+ high test.  “Wouldn’t it be nice?” he asked.