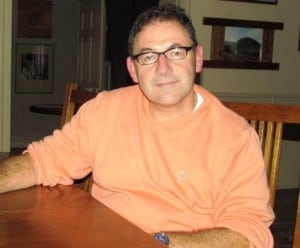 In July, 2011, Joe Curto was elected Haldane School Board president. School districts across New York State face numerous challenges, especially given the continued national economic slump. Cuts in state aid, unfunded mandates, aging facilities and union contracts are just some of the issues that Curto, a six-year veteran on the board, faces in his leadership role.  Philipstown.info’s Michael Turton covers the Haldane school district and recently met with Curto for a wide-ranging conversation. The interview has been edited.

Philipstown.info: Other than simply wanting to serve your community, what motivated you to run for a position on the school board in the first place?
Curto: I’m an activist by nature. When I first ran, the school district was very contentious. You don’t get anything done that way. Budgets were major battles. A referendum on capital improvements got slaughtered at the polls. Everything was decided by a 3-2 vote. My approach was that the insanity had to stop.

Philipstown.info: Municipal councilors are paid, a stipend at least. Do you think school board trustees should also be paid?
Curto: I don’t think it matters. You won’t get a better quality person. The whole history of school boards has been based on volunteerism and it probably should be that way. We hire people to run the district. We’re more about policy and governance.

Philipstown.info: You own an indoor tennis facility, a private sector business. What’s the main thing you’ve learned there that has helped you at the school board?
Curto: I think it’s that I’m very thorough. I come to meetings well prepared. You have to, to run a business – or else you aren’t in business very long. But being on the school board has also made me a better business person. I listen better and consider other points of view. I wasn’t always that way.

Philipstown.info: You’ve mentioned your dad, Joe Curto Sr., at board meetings, and you obviously had a great deal of respect for him. What did he teach you?
Curto: He was a classic self-employed entrepreneur. He started with nothing, went from rags to riches. He taught me to work hard, to treat people fairly and honestly, and to never give someone something for nothing. He was tough but fair. He also taught me that very complex issues can be broken down to something simple.

Philipstown.info: Haldane just settled a new contract with its teachers’ union. Unions face a lot of criticism these days. Stepping away from Haldane specifically – do you think that there is still a place for unions in our society?
Curto: They have a place. The balance of power probably tipped too far in their favor in New York. They’re very good at what they do. They seem to be coming back down to earth a bit. Looking back at history, management would take advantage without unions.

Philipstown.info: Funding is obviously a huge issue for school boards. What do you see as the top two or three financial challenges at Haldane?
Curto: The state tax cap – which we’ll have to address in our next budget year. It’s extremely complicated and not really a tax cap when you look at it. With exclusions, credits etc. – 2% is not the real number. Essentially, every school district will have a different tax levy cap. Also infrastructure. Problems accumulated and as a school district for 30 years we didn’t address them. And how do you continue to improve education – while being fiscally responsible. You have to be smart about it – and there are trade-offs.

Philipstown.info: What are the top issues you have with New York State’s role in education?
Curto: Unfunded mandates. And I can accept the tax cap – but it has to be fair. Regulations are also a huge issue – there are so many it’s insane. They want us to be creative? Then reduce the number of regulations. As a school district we face 10 times as many state regulations compared to the local building code for example. Recently I had to sign a travel expense claim – I signed six different pages for a $21 expense. And …their funding formula makes no sense. They manipulate it constantly. We need continuity so that we can budget. They often make mid-year changes after we’ve already budgeted.

Philipstown.info: In terms of education, if you could magically improve two or three things at Haldane what would you do?
Curto: I’d expand foreign languages to the lower grades. The whole fine arts program is starting to make some headway – but we have only two music teachers from K to 12.  The high school has gotten progressively better. Brian Alm is doing a phenomenal job and providing great direction. It would be nice if we could offer more electives.

Philipstown.info: Some of the buildings at Haldane are quite old. You’ve made some progress with repairs and improvements to infrastructure – what lies ahead?

Curto: We just finished updating our five-year plan which identifies about $4 million worth of work. And we’ve entered into $2 million energy performance contract. There is about a million dollars in sports field issues – bleachers, grass – and the locker rooms are an absolute embarrassment – and it’s not just for the teams. It’s a huge issue which we have to address.

Philipstown.info:  Are you an Internet junkie?
Curto: No, but I like it. I have an iPad and I love Google. I’m a news nut and a sports fanatic.

Philipstown.info: What do you think is the public’s biggest misconception about the school board?
Curto: It’s a very complicated system and it’s different than what they come in contact with in their everyday lives. Sometimes people think that you can just go “poof” and change things. There’s absolutely a different culture in schools. I think we’ve done a good job in the past several years of letting people know we are looking out for the average person and not just the establishment.

Philipstown.info: What’s the last book you read for fun?
Curto: I just read Jerry West’s autobiography. Also, David Brooks’ Social Animal. It’s a great book …whether you like his politics or not, it makes you think.

Philipstown.info: What do you do to relax?  Probably not tennis right?
Curto: No. I like to read, cook, eat. I like working outside, landscaping, planting, playing in the dirt. And I like hanging out with my family. We spend a lot of time together.

Philipstown.info: What’s something most people don’t know about you?
Curto: I was a lousy high school student, even though I went to one of the best high schools in the country – Horace Greeley in Chappaqua.  I goofed off too much. I didn’t want to go to college, but was talked into it by my dad and my guidance counselor. I went to Dean Jr. College near Boston – and a light went on. I went on to get a degree in management from Syracuse. But the best class in college was Study Skills – at Dean. I use it now for meetings. To this day it’s the best thing I’ve taken.

Philipstown.info: Have you ever been approached to run for municipal office? Is that something that interests you?
Curto: I’ve been approached like a lot of people are. Yeah, maybe someday. I’m up for [Haldane] re-election this year, but I won’t be running. I like the private sector and have been on boards. I was treasurer for Yonkers Partners in Education. We had a budget of $1million. It was not about policy – more about projects and philanthropy and it was more of a private sector approach. It was fun.

Philipstown.info: What do consider most meaningful changes at Haldane over the past five years or so?
Curto: We’re financially stable and run a good financial ship. We’re transparent – that’s probably the biggest thing. Dave Merandy, Mike Junjulas and I have banged that drum for years. We may not like something – but that doesn’t mean the public shouldn’t know about it.

Philipstown.info: What’s your favorite movie of all time?
Curto: I’d probably say Field of Dreams – and The Godfather.

Philipstown.info: You get pretty emotional sometimes at school board meetings – at the softer, more human moments, such as when Maggie Davis was honored before she retired. But on the other side of the coin, you never seem to get angry. Do you get angry?
Curto: I do. But I don’t show it often. I try not to. I like the job and the people I come in contact with. There are some unbelievable people working in the school – in what they do day-to-day. Do I get mad? Sure – but usually after I go home.  My wife is a licensed social worker – and she’s very helpful!