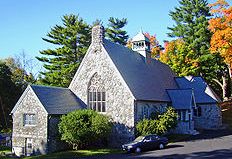 In celebration of the season, the Choir of St. Philip’s Church in the Highlands will present a concert Sunday afternoon Dec. 11 featuring two choral settings of the Gloria In Excelsis Deo from the Mass. The performance will be conducted by St, Philips’ Director of Music Dr. Durward Entrekin.

Francis Poulenc’s Gloria was written in 1959 and premiered by the Boston Symphony Orchestra in 1961. The piece is in six movements and scored for chorus, soprano soloist and orchestra. The work is characterized by musical contrasts and moods, from joyful exuberance, with rousing and even playful rhythms, to soaring melodic grandeur, especially in the writing for the soprano soloist, to be sung by Julianne Heckert.

Antonio Vivaldi wrote three settings of the Gloria. The one to be performed, composed sometime after 1715, is the last and best known. Vivaldi was an extraordinarily prolific composer best known for over 500 orchestral concertos, the most famous being The Four Seasons. The work is composed in 12 short movements, scored for soprano and alto soloists, chorus and orchestra. The soloists are Elizabeth Cody, Terry Platz, Elizabeth Richter, Jane Thornquist and Shelagh Speers. The Hudson Highlands Chamber Players will accompany the choir for both pieces.

The St. Philip’s Choir consists of 26 members who volunteer their time and talent. Each Sunday from September through June it performs an anthem as part of the worship service as well as special concerts keyed to major Church events throughout the year. Its repertoire ranges from composers in the 16th through the 20th century.

St, Philip’s in the Highlands is located on Route 9D in Garrison, opposite the Garrison School, where parking will also be available.  The event, which is free and open to the public, will begin at 4 p.m.