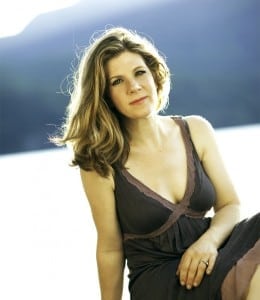 Headlines along with Slambovians at Saturday’s benefit concert

The Haldane community of parents includes many professionals in the arts, from graphic designers to playwrights, painting restorers to woodwind players. These parents are a bountiful resource for the school district, and their commitment to fostering an enhanced arts environment and curriculum in the school has added to the ranks of the Haldane School Foundation and filled the roster of the Haldane Fine Arts Booster group.

Handily enough, these artists just happen to include some out and out musical luminaries, and some of Philipstown’s most notable are double-dipping as parents and groove-makers to get the Haldane house rocking at a special musical fundraiser this Saturday night entitled Hudson Highlands Holiday Concert. Re-united, five years after a similarly memorable night of music are Cold Spring’s own The Grand Slambovians and Dar Williams, along with the Garrison/Cold Spring harmonic blend of Motherlode, with a dash of the Hudson Highlands Pipe Band giving a uilleann pipes kick to the rocking and rolling.

For Dar Williams, this will be the first concert she will be performing at Haldane as an actual parent of a student — her son is a second-grader there and her pre-school daughter is future attendee.  Williams, who enjoys worldwide popularity as a singer-songwriter (her seventh album, Many Great Companions, released a year ago, is sitting in the #40 slot on Amazon’s traditional folk chart right now) came to Cold Spring with her husband, Michael Robinson, in part because of reading a magazine story which mentioned Haldane’s small school qualities (the other part was simple: “we saw it, over the mountain, and just jumped in.”).

Williams’s Amazon bio quotes her as saying, “There’s the true line of curiosity about living in this world, and I put an importance on observing things right now, which engages me. But my subject matter has changed over the years. Early on, I did a lot of quick sketches juxtaposing the different environments I found myself in. Whereas, now, as I get older, there’s more of a theme of what it means to root yourself and belong to something.”  In an interview with Philipstown.info, she expanded, in relation to the place she calls home, “This is the first town where I’ve grown roots as a parent.”

Part of feeling rooted is the connection with Haldane, a place she feels very positive about, “The perfect picture in my mind is of a school system that does what it does best, plugging in the skill sets, time and expertise of parents to create a synergy that results in an excellent educational system. I think that Haldane does a great job of involving parents.  A lot of teachers really try to keep up with the latest ideas and at the same time every teacher conference we’ve had demonstrates the years and years of wisdom about kids — it’s great to see a school system evolving because plugging in the community member resources is where you can really flourish without putting the burden on the teacher or the taxpayer. It’s good for parents to get involved so they can see firsthand what really works as opposed to demanding it from the outside.” 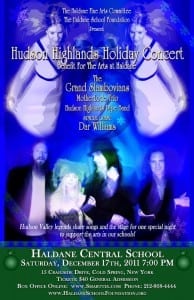 Williams, who has visited her son’s classroom, performing river songs (and learning some too), has intentions of increasing her interaction with the school and is “looking forward to getting in to the school more.”  Calling herself “a resource always ready to be tapped,” despite her heavy duty touring schedule (over 100 dates last year) — she envisions conducting younger student workshops in chord sounds and talking to high schoolers about songwriting and touring.  Growing up in Westchester’s Chappaqua, she was exposed early to the arts, “My parents took us to stuff.  When I was my son’s age they took me to The Importance of Being Earnest, assuming I wouldn’t like it.  I loved it; it was magical.”

Williams’ classroom visits have reinforced her feelings about the place she is now rooted, “I was amazed at how lovely the kids in my son’s class last year were.  Many of them knew me and I didn’t feel like I was competing with Lady Gaga.  They knew about Pete Seeger, and there was no irony about it all.  I wasn’t competing with a big wall of pop culture. In Cold Spring kids seem to be less inundated with it.”   At Haldane Williams is content to be a part of both the “tried and true and the experiments — it’s never bad.  The teachers’ enthusiasm for taking in new stuff has really surprised me, and for all the Brooklynites leap-frogging past Westchester and coming to Cold Spring, it’s not a pushy crowd. The teachers and the families are both very adaptive…plus, the Haldane Foundation is awesome, and the PTA gets better and better…it’s all about bringing your own experiences in to support the teachers. I think we have a good thing going with Haldane.”

As for the village overall, Williams shares the sentiments of many whom she has met here, who travel as much as she does, “There’s a funny thing shared by a lot of people in Cold Spring who travel a lot, knowing how to pack a bag in five minutes and fit it in the overhead, knowing the best airport hubs, very worldly, but of all the places in the world, this is where we want to be. There are great cities out there, but we always want to be in Cold Spring.”

At Saturday’s concert The Grand Slambovians will be main act, with Williams joining them as guest artist for a couple of numbers in addition to performing a few of her own.  “The theme is the holidays,” says Williams, “but it’s also the school, kids, the arts — there’s a lot you can incorporate.  You want your participation to be a thank you to the school as opposed to a ‘what have you done for me lately?’ kind of thing.”

Tickets to the concert, which begins at 7 p.m., are $40. The last such concert was a sellout.