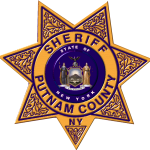 Putnam County Sheriff Donald B. Smith reports the arrest of a Rockland County resident on criminal charges stemming from reported damage to greens at the Garrison Country Club, on Snake Hill Road. According to the Sheriff’s Department, on Nov. 13 a complaint came in from the country club that a motor vehicle drove on the golf course in the dark, causing an estimated $5,000 in damage. A search of the area produced a license plate, apparently from the vehicle.

Interviews and physical evidence linked the vehicle to 30-year-old Andrew S. Johnson of Sloatsburg, who was arrested on Dec. 9, the sheriff’s office said. Charged with second-degree criminal mischief, a felony, Johnson was arraigned before Philipstown Justice Alan Steiner and remanded to the Putnam County Correctional Facility. Subsequently released after providing $1,500 bail, Johnson was scheduled to appear in court on Dec. 14. If convicted, he could be sentenced to a prison term of up to seven years. Allegedly used to commit a felony, the car was seized for possible asset-forfeiture proceedings.

Uniformed deputies conducted the initial investigation, before the case was referred to Investigator Robert Ferris of the Sheriff’s Bureau of Criminal Investigation.