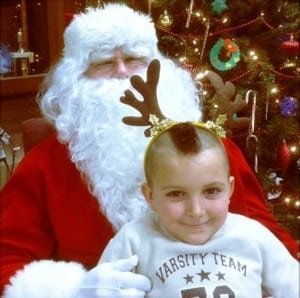 Santa is not surprised by a reindeer with a mohawk

On Sunday morning (Dec. 18) scores of residents, families and children congregated at the Cold Spring Fire Company (CSFD) headquarters for the annual Breakfast with Santa organized by the CSFC Ladies Auxiliary. Between 8 and 11a.m. dozens of local children were greeted by Santa Claus, who listened to their Christmas list wishes and handed out small toys.

When asked about the enormous turnout this year, Ladies Auxiliary President Melissa Falloon described it as “an amazing stream of people from start to finish.” A few of the other members described this year’s turnout as “unprecedented.” 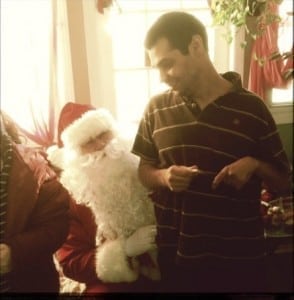 You're never too old

Santa Claus also agreed, stating “I always enjoy visiting the children at the Cold Spring firehouse, year after year there’s always a great turnout of children on my “nice” list and this year was no exception – – in fact I’ve never given out so many toys!”

Following the breakfast, members of the Fire Company headed out to escort Santa around the Village in their fire truck, handing out toys to children at the waterfront, in a few village neighborhoods, as well as making a special stop to visit the residents at the PARC Home for disabled adults in Nelsonville.
Photos by Mike Bowman