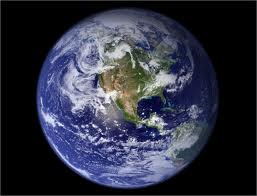 The days now slowly start to stretch out

One of the biggest days of the year is upon us once again. No, not THAT big day – the winter solstice. In fact, for those of us who decry the short, dark days of December, the solstice may be THE biggest day of the year.  When the clock strikes 12:30 a.m. on Dec 22, it marks the solstice – the shortest day of the year and the point at which we begin to experience a little more daylight each and every day. That is a very positive spin on the fact that the solstice also marks the first day of winter – which for some is just as hard to take as the darkness.

Winter solstice can occur on December 20, 21, 22 or 23 when the sun reaches its southernmost position, or more correctly, when the north pole is tilted away form the sun at the sharpest angle it achieves each year – 23.5 degrees. The term solstice comes from the Latin words sol and sistere, meaning “the sun stands still.” At the same time we experience the beginning of winter, the southern hemisphere is welcoming in summer. We begin to inherit more daylight as locations south of the equator lose a little each day.

Just how much extra daylight will Philipstown residents enjoy in the weeks ahead? The Astronomical Applications Department of the U.S. Naval Observatory tells us exactly. On Dec 22 the sun rises at 7:19 a.m. and sets at 4:30 p.m. One month later, on Jan 22, sunrise will take place at 7:16 a.m. with sunset at 4:59 p.m. – a gain of 32 minutes of daylight. By Feb. 22 the days will have stretched out more dramatically. Sunrise will occur at 6:42 a.m. with sunset at 5:38 p.m. – an hour and forty five minutes more daylight than we experienced on Dec 22.

Ellyn Rosenthal, a Shamanic healer and teacher who lives in Cold Spring, describes the significance of the solstice in human and spiritual terms. “Winter Solstice marks another Turning of the Wheel of the Year and helps us remember the cycles of life, death and rebirth deep within us. We can notice what we have held in the rich, fertile shadows of our consciousness, what we have refused to see in our lives, and call in the coming of the light. In Earth-based spiritual traditions, we honor both the dark and the light and we work with these elements in nature and in ourselves to cultivate clarity, wisdom and presence in daily life, “she said. For centuries, the return of light at the winter solstice has been the cause for celebration across the northern hemisphere – and across numerous cultures as well. Even the date we celebrate Christmas may have its roots in the solstice.

There is considerable disagreement over what month Jesus was actually born. According to bible.org, “Virtually every month on the calendar has been proposed by biblical scholars.” Some believe that Dec. 25 was chosen to celebrate Christmas because it was seen as the birth of the “true light of the world.” It made sense to align the celebration of Jesus’ birth with the solstice and the increase in light that it brings. Others think the Dec. 25 date was in response to the pagan celebration of “Saturnalia” – a festival held at solstice by the ancient Romans. Candles were an integral part of those festivities – again focusing on light.

Hanukkah, the Jewish “festival of lights” also takes place about the time of the solstice although there is disagreement as to whether it is linked to solar or lunar calendar.

Juul was a festival celebrated by pre-Christians in Scandinavia at solstice. Bonfires were an important part of that event and symbolized the heat and light of the returning sun.  Today’s yule log found its origin in that festival.  A Juul log was burned on the hearth to honor the god Thor. Other solstice-related festivals have take place or still do in Poland, France, Pakistan, Guatemala and ancient Persia.

Other dates to look forward to: Daylight Savings Time begins on Mar 11. The spring equinox, equal day and night and the first day of spring, will occur on Mar 20. The summer solstice, the longest day of the year and the beginning of summer will take place on Jun 20.