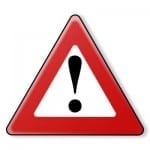 Putnam County Sheriff Donald B. Smith is alerting county residents that unscrupulous people may attempt to perpetrate scams to prey on unsuspecting residents during the holiday season. Many scams (schemes to defraud people) are reported to law enforcement throughout the year. Too often these become more frequent this time of year.

Recently a Kent resident reported that he had received a telephone call from an individual informing him that he had won $2 million and a new car. The caller said that to claim his “prizes” he had to send $800 to a bank located in North Carolina to cover administrative costs. The call originated from the island of Jamaica.

A few days later, the same resident received a mailer indicating that he had won money. A check was enclosed, made out to the resident, for $2,680.81. A note asked the recipient to cash the check. The check was a forgery.

In each case, the Kent resident suspected fraud and did not send the money to the North Carolina bank. As well, he did not cash the check (that was sent to him) and his actions prevented him from being swindled.  Sheriff Smith reminds everyone:

Don’t be fooled by get rich schemes. Never give any confidential information out to any questionable source. If you suspect that an attempt was made to con you out of money, personal or financial information or if you have been a victim of a scam, contact the Putnam County Sheriff’s Office at 845-225-4300, its website or your local police. Remember, if something seems too good to be true, it usually is.