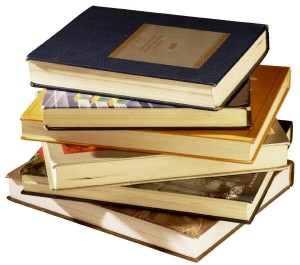 The Garrison Union Free School (GUFS) board heard a state-of-the-library report at their Jan. 11 meeting. Presented by Principal Stephanie Impellittiere and reading specialist Debbie Earle, the Media Assessment Report is the first step to prepare a strategic plan for development of the library. The library is a “well used space,” said Impellittiere, but the “last organization was 10 years ago.” The goal of this process is to “examine expectations … and determine new directions” for the library, said Impellittiere. She also cautioned the board that they should not be alarmed at the potential costs cited (in the report.) “These are just a starting point … and not a projection. This is a springboard for discussion.”

Earle and Impellittiere prepared the report in collaboration with a representative of Follett Library Resources, a company with a state contract to provide books and other library materials. According to Follett, the average copyright date of a library’s collections should be 12 years. The average for the GUFS library is over 25 years. Ideally there should be 10 books for each student and at GUFS there are 42 per student. Explaining this second, seemingly counter-intuitive statistic, Earle said that “it is better to have fewer quality books” [than more of lesser quality.]

The next step, Earle said, would be “to implement a weeding program,” where older, out-of-date books would be removed from the library and replaced. This will allow the copyright and book-per-student ratios to better align with the Follett standards. “These changes,” said Impellittiere, would also allow the library to “align with the new ‘common core’ standards” [recently enacted by the New York State Education Commission.] The current library collection includes over 10,000 books. Earle suggested that “ideally 3,600 books” should be weeded each year. According to the report, science, social studies and technology books are especially sensitive to becoming out-of-date and would be the target of the proposed annual weeding.

Bringing the GUFS library in line with the report’s recommendations, would require the purchase of 7,420 books for a total cost of $150,000. The report suggested these purchases could be made on a 3-year program of $50,000 per year or $30,000 per year for a 5-year program. Board members appeared dismayed at the price tag and disagreed with the premise behind the books per student ratios.

Trustee Anita Prentice said that the “average books per student doesn’t accurately reflect this school.” Commenting upon the proposed cost Prentice said that “the community will support donations [of new books] but not necessarily ‘weeding.’”

Board President Carol McCullough suggested the district could reach out to parents for periodicals and books to help defray the cost of new books. Trustee Christine Foertsch agreed saying “There would be community interest in fund raising.” McCullough also suggested reinstatement of a PTA program called “birthday books” (where parents donated a book in their child’s name on their birthday.

Trustee Charlotte Rowe suggested the district might be better served by purchasing “Kindles for less money.” Acknowledging the importance of updating copyrights for non-fiction [books] Rowe said she would “rather have accurate eBooks, rather than inaccurate paper books” and referring to the cost asked “How will we be able to afford paper books?” The board discussed the merits of eBooks over paper, the future of paper books in general and whether, given current trends, they might head toward an entirely electronic library, but did not reach any firm conclusions.

Impellittiere brought the board back to the issue of the physical library space and how it might better serve students and teachers in conjunction with the other changes being discussed. Over the years, the library has been located in different rooms. When a new gym was built (as part of a recent school addition) the old gym was converted into the library. The space, however, has been problematic. While primarily serving as the library, it also accommodates meetings and other activities. One suggestion was to remove the existing computer room and to create a “media center.” Impellittiere said that over the coming months she would be meeting with designers to develop reorganization plans. “What is this space and what do we want to do? She asked. “Once we know, there will be a direction.”