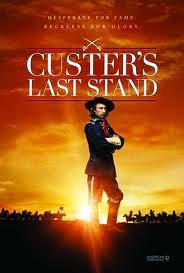 Garrison resident’s exploration of the life of controversial, mythic figure is his latest documentary

America had just finished celebrating its 100th birthday, when, on July 6, 1876, the telegraph brought word that General George Armstrong Custer and 261 members of his Seventh Cavalry column, had been massacred by Cheyenne and Lakota warriors, along the Little Bighorn River in Montana Territory. The news was greeted with stunned disbelief. How could Custer, the boy general of the Civil War, America’s most celebrated Indian fighter, the avatar of western expansion, have been struck down by a group of warriors armed with little more than bows and arrows? Like everything else about Custer, his martyrdom was shrouded in controversy and contradictions, and the final act of his larger-than-life career was played out on a grand stage with a spellbound public engrossed in the drama. In the end, his death would launch one of the greatest myths in American history.

Custer’s Last Stand, a new two-hour biography of one of the most celebrated and controversial icons of 19th century America, paints a penetrating psychological portrait of Custer’s charismatic, narcissistic personality, and for the first time on television, explores the fateful relationships within the officers of the Seventh Cavalry that would lead him to his doom.  This new biography allows viewers to take a fresh look at Custer’s passionate love affair with his wife Libbie and their mutually ambitious partnership that made them the power couple of the 1870s. From Custer’s heroic exploits on the battlefields of the Civil War, to his often brutal subjugation of the Indians of the southern plains, to his highly publicized expedition into the Black Hills, Custer was a man in a hurry, desperately trying to “be” Custer, struggling to maintain the fame that had come to define him.

Directed by Garrison’s Stephen Ives (Seabiscuit, The West, Panama Canal), Custer’s Last Stand will premiere on the PBS series American Experience  tonight, part of a month-long salute to the West that also includes the premiere of Billy the Kid (Jan. 10) and rebroadcasts of Wyatt Earp, Geronimo, Annie Oakley and Jesse James.

The son of an Ohio blacksmith, George Armstrong Custer was determined to transcend his lowly origins by earning a coveted spot at West Point. Always rebellious and a risk-taker, Custer graduated with a record of infractions never before equaled in the history of the academy. Fresh out of West Point when the Civil War began, Custer quickly proved more than ready for command, distinguishing himself in a series of dashing cavalry charges (including the decisive battle of Gettysburg) that put him on the front page of Harper’s Weekly. He became known as the Boy General.

At his side, often in a tent near the front lines, was the love of his life, Elizabeth “Libbie” Bacon Custer. They had met in the small town of Monroe, Michigan, and from the outset, shared a passion and ambition for greatness. Always more politically adept and diplomatic than her husband, Libbie provided the perfect compliment to her often brash and overbearing husband. Unlike many army wives at the time, Elizabeth was determined to accompany her husband to even the most remote and dangerous posts, and she was at his side when Custer joined the Seventh Cavalry, a new regiment being mustered out to the southern plains of Kansas and Oklahoma

It was 1866 and the western frontier was awash in conflict. As railroads had continued to push further west and new waves of settlers followed, clashes with Indians had intensified. Unaccustomed to the tactics of the Cheyenne and Arapaho, Custer spent months fruitlessly chasing after elusive bands of warriors. At one point, he became so frustrated that he abandoned his command and dashed 150 miles in 55 hours just to spend one day with his wife. He was court-martialed, suspended from the service and denied pay for a year. Custer’s salvation would come from General Philip Sheridan, who would recall him and ask him to lead a daring new winter campaign against the Cheyenne. In a bloody dawn attack along the Washita River in 1868, Custer and his men killed 103 Indians – a few warriors, but mostly women, children and old men. Now dressed in buckskins, Custer was hailed as the nation’s finest Indian fighter.  He had managed to resurrect his career from the depths of disgrace and reinvent himself as a new hero of the American frontier.

Custer’s heroics on the Southern Plains masked a complicated relationship with native people.  As Nathaniel Philbrick, author of The Last Stand, says, “Custer  . . . identified with them very strongly, prided himself on knowledge of their rituals and lifestyle. But, on the other hand, he’s part of white civilization and saw them as a primitive race that was going to eventually melt into the shadows.”

Custer was again given a chance for glory in 1874, this time, leading a survey expedition into the Black Hills. By the terms of the Fort Laramie Treaty, this striking oasis in the middle of the Northern Plains had been guaranteed to the Sioux forever and was considered by the tribe to be their most sacred ground.  Sheridan hoped Custer’s provocative foray into the Black Hills would spark a new Indian war and push “hostile” bands, led by the defiant chief Sitting Bull, back onto the reservations. But there were no conflicts with Indians, and Custer turned the expedition into a stage for himself, scouting the trail, writing reports for the army and articles for newspapers back east, collecting specimens, and writing his Civil War memoirs. But, in the summer of 1876, Custer’s journey into the Black Hills, what the Lakota had dubbed “The Thieves Road,” became a rallying cry as thousands of Indians left the reservations and joined Sitting Bull along the tributaries of the Upper Yellowstone River. Sheridan sent Custer, under General Alfred Terry, to subdue Sitting Bull and his people once and for all.

Riding with Custer on the expedition were his two senior officers, Major Marcus Reno, a brooding melancholic with a taste for whiskey, and Captain Frederick Benteen, a dyspeptic veteran of the plains wars who harbored a grudge against Custer for his actions at the Washita. The tortured relationship between these two men would prove decisive in the Battle of the Little Bighorn.

The actual battle, on June 25 – 26, 1876, would actually be three battles – Reno’s ill-fated charge into Sitting Bull’s village, his ragged retreat to the bluffs where he and Benteen would hold off thousands of Lakota and Cheyenne warriors for almost 36 hours, and Custer’s last stand, which would be forever cloaked in mystery – a chaotic and confused scene that to this day remains a subject of controversy and debate.

No sooner had the news of Custer’s massacre reached Philadelphia than the mythmaking began and it would be Libbie Custer who would do more than anyone to shape the legend of her husband. In a series of bestselling books, the faithful widow extolled Custer’s heroic virtues and dauntless courage, and she kept it up until she died in 1933. Future decades would ceaselessly re-interpret the meaning of the Custer myth, each generation seemingly adapting his story to suit the needs of their own time. For Americans during World War II, Custer served to rally a nation engaged in a fight for its survival against totalitarianism. In the Vietnam era, Custer would be seen as a symbol of American arrogance and violent imperialism.

Steve Ives, of Garrison, produces the Depot Docs screenings at the Depot Theatre.  Click here for details on this Friday’s event. His landmark series The West was seen by more than 38 million people nationwide during its national PBS premiere in the fall of 1996, making it one of the most watched PBS programs of all time. Caryn James of the New York Times wrote that The West was “fiercely and brilliantly rooted in fact.” Ives’s Lindbergh, a portrait of the reluctant American hero Charles A. Lindbergh, premiered in the third season of American Experience series on PBS in 1990. In 1987, Ives began a decade-long collaboration with filmmaker Ken Burns, as a co-producer of a history of the United States Congress, and as a consulting producer on the groundbreaking series, The Civil War and Baseball.

After the premiere of The West, Ives turned his attention towards contemporary films, producing a profile of the innovative Cornerstone Theater Company, which aired on HBO in the fall of 1999, and Amato: a love affair with opera, a portrait of the world’s smallest opera company which aired nationally on PBS in 2001 and earned Ives a nomination from The Director’s Guild of America for Outstanding Directorial Achievement.

His profile of the 1930s thoroughbred Seabiscuit won a prime-time Emmy award, and his PBS series, Reporting America at War, about American war correspondents, was described by The Los Angeles Times as “television that matters…a visual document of power and clarity.” Since 2003, he has directed seven films for American Experience: Seabiscuit, Las Vegas, New Orleans, Kit Carson, Roads to Memphis, Panama Canal and the upcoming Grand Coulee Dam.

The “role” of Libbie Custer is voiced by Philipstown’s Jenn Lee.