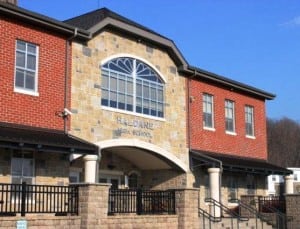 Successful candidate only in until May election

Four local residents have answered the recent call by the Haldane Board of Education to fill a vacant seat on the board. Robin Flanagan, Peter Henderson, Jay Pearsall and Lily Zand submitted letters of application, meeting the Monday, Jan. 23 deadline. Candidates will be interviewed by current board members in a public meeting on Thursday, Jan. 26 at 6 p.m. in the Merritt Building.  The seat, one of five on the board, became available when former president Dave Merandy resigned earlier this month after being elected to the Philipstown Town Board last November. The new appointee will serve out the balance of Merandy’s term, which ends in May.

School Board president Joe Curto said, “It appears we have four good candidates…ideally, we’ll come to a consensus on one. If not we’ll discuss it further as a board.” In a public letter two weeks ago announcing the call for applications, Curto said that the board, “…prefers a candidate who will seek re-election…”

Curto was referring to the upcoming May election, which could be one of the more interesting school board political contests in recent years. The seat now being filled will be contested as will Curto’s.  He has said he will not seek re-election. In addition, trustee Evan Schwartz faces re-election. Three of the five board seats could be filled by new trustees.

In theory, trustees could leave Merandy’s seat vacant until the election but that seems highly unlikely. Having just asked for applications and with budget discussions about to begin, School Board members clearly want to see the seat filled as quickly as possible.
Photo by M. Turton

One thought on “Four Residents Vie for Haldane Trustee Seat”