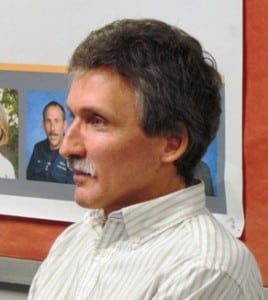 Will serve until May election

Cold Spring resident Peter Henderson was appointed to fill the vacant seat on the Haldane Board of Education at a special meeting held on Jan 26. Four candidates were interviewed for the position. Board president Joe Curto, vice president Gillian Thorpe and trustees Michael Junjulas and Evan Schwartz voted unanimously to make the appointment. Henderson already has a history of involvement at Haldane, having served on the committee that examined alternatives for upgrading the school’s heating and cooling system. He is also a member of Haldane’s technology committee and was co-author of the school district’s five-year technology plan. That involvement impressed trustees, as did Henderson’s knowledge of the district’s budget. “He knows the budget,” Curto said. “He asks more questions than me!”

Curto said that of the four candidates, he felt Henderson was the best equipped to “hit the ground running,” especially in dealing with Haldane’s financial issues. “He’ll be right on top of the budget next week,” Curto said. “He’ll be a good asset.” Administration and trustees will begin drafting the 2012-13 proposed budget almost immediately, a task made all the  more challenging by the State’s so-called “two percent cap” on funding which for Haldane will likely translate into a reduction in State aid.

Asked why he was interested in serving on the board Henderson said, “Democratic institutions rely on people stepping up to the plate. I’ve considered this for many years but have had a long list of excuses.” He said that he realized it was a big undertaking, but “when I make a commitment – it’s a serious commitment.”

In terms of priorities, Henderson said he feels the number one job of the board is to “raise academic achievement even during fiscal adversity.” He said that Haldane must “prepare children for increasingly challenging times,” and that with people from around the world now competing for jobs, “We can’t sit back. We need to always inch the bar up.”

Henderson holds a Bachelor of Science degree in Electronic and Electrical Engineering and a Master of Science degree in Computer Engineering, and has a considerable amount of teaching experience. He taught adult education in his home country of Scotland, taught in Morocco for two years and also provided technical support to employees while working at Massachusetts Institute of Technology. “Teaching in Morocco was a tremendous life experience. I learned a lot about myself – and about teaching,” Henderson said.

Trustees had little difficulty choosing Henderson. They each named him as their top choice in discussions immediately after interviews were conducted in a public session attended only by two reporters and the candidates themselves. While Henderson was a quick choice, trustees were also very favorably impressed by the other three candidates – Robin Flanagan, Jay Pearsall and Lily Zand. Junjulas summed up that positive reaction, stating, “I strongly hope the other three candidates run in May,” referring to the school board election that will take place in spring. 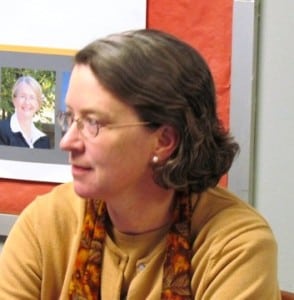 Flanagan is an associate professor of cognitive psychology at Western Connecticut State University (WCSU) in Danbury where, in addition to teaching, she chairs the undergraduate curriculum and academic standards committee. She has done research focused on “the effects of hands-on experience in math and science, especially for middle school girls.” She was also lead researcher on a multi-assessment of drug and alcohol behavior and prevention at WCSU. Flanagan has lived in the Haldane Central School District for 25 years. Two of her children graduated from Haldane and she currently has a daughter in seventh grade there. 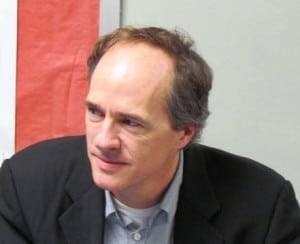 Pearsall teaches sixth and seventh grade English Language Arts at Mott Hall School in New York City. He helped build and organize a 2,500-volume classroom library there; co-authored ELA curriculum and initiated a school-wide “Play then Eat” recess and lunch program. For 17 years he was owner-operator of Murder Ink, two bookstores in New York City.  He has a child in kindergarten at Haldane. 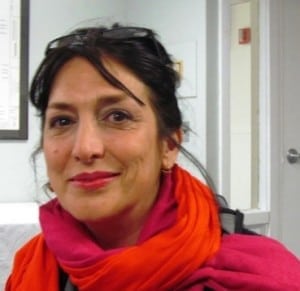 Lily Zand founded Q-LLP, a New York based architectural firm in 2001. She holds a Bachelor of Architecture degree from Cooper Union and a Masters degree in Design Studies and Sustainability from Harvard University.  She has also taught and lectured at numerous academic institutions across the U.S. and internationally and is founder of “School of Jellyfish – a Design House for the Advancement of Sustainable Living and Renewable Energy in Beacon. Zand also submitted a design entry for the Ground Zero 9/11 Memorial.

The trustee seat now held by Henderson will be contested again as part of the May election. Curto’s seat will also be up for grabs since he has announced that he will not seek re-election. With Schwartz facing re-election and, depending upon how many of the four candidates who just vied to fill the vacant seat decide to run in May, along with other potential candidates – it could prove to be a very interesting contest.
Photos by M. Turton