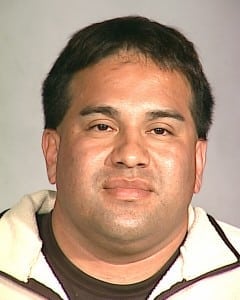 Investigators believe others may have had contact or been victimized

Putnam County Sheriff Donald B. Smith has announced the arrest of 37-year old Jonathan L. DeLaura on criminal charges involving the alleged sexual molestation of a minor. DeLaura, a Jefferson Valley, N.Y. resident, was previously convicted of sexual misconduct involving a 12-year old in 2009 in the Bronx. This latest arrest took place at midnight in a Putnam Valley business parking lot on Feb. 3. The Sheriff’s Office stated that DeLaura planned to meet a young boy to engage in sexual conduct but instead found sheriff’s investigators. The Sheriff’s Office said DeLaura was recently successful in meeting with a minor for sexual activity, but offered no further details.

According to the Sheriff’s Office, DeLaura used the Internet, posing first as a 17-year old girl, to meet young boys. The Sheriff’s Office alleged that using screen names such as “Sillyrabbit,” “Damastrmynd” and “Riddlerboy” he engaged his contacts in sexual conversations and requested they send him explicit photos of themselves.  Once he had the photos, investigators allege, he would reveal he was a man and seek to meet in person for the purpose of engaging in sexual acts. If his contacts declined to meet or otherwise thought of calling the police after meeting him, DeLaura allegedly threatened to expose the photos and the online conversations to friends, coaches and others, the Sheriff’s Office added. Law enforcement officials believe he also apparently told victims he had given the information to other people who would expose it if he could not.

DeLaura was charged with three counts of criminal sexual act in the third degree, an “E” felony, and four counts of endangering the welfare of a child, a class “A” misdemeanor. He was arraigned before Putnam Valley Town Justice Gina Capone and remanded to the Putnam County Correctional Facility (Carmel) in lieu of $75,000 cash bail or $150,000 secured bond.  He is scheduled to appear in court on Feb. 28. Sheriff’s investigators also seized DeLaura’s vehicle, cellular phone, camera equipment and a laptop computer.

The Sheriff’s Bureau of Criminal Investigation is continuing the investigation with the assistance of the district attorney’s office.  Chief Gerald Schramek told Philipstown.info he was seeking wide broadcast of the arrest to warn people and to find out if there are other victims.  Anyone who may have had social networking contact or other contact with the accused man is encouraged to call on a confidential basis 84- 225-8060.
Photo courtesy of Putnam County Sheriff