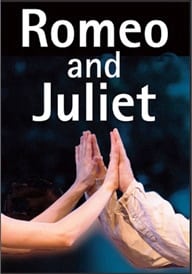 The most visible part of the Hudson Valley Shakespeare Festival (HVSF) is what’s under the tent: the productions. Less widely known, but increasing in importance within the organization, are their educational programs. These efforts are directed to differing constituencies: actors, directors, teachers, audience members and schoolchildren of various age levels. One-day master classes aid teachers in “demystifying the text” through “language, character and theme-driven ensemble exercises” where everything from lesson planning to classical acting techniques is examined. For students, the Access-Shakespeare program consists of a touring production in which professional actors present a 90-minute production of a play (which changes each year), and then engage with the students in discussion afterwards. Despite overall cuts in funding to arts education programs, the schools tour has met with greatly increased bookings each season.  In 2006, according to HVSF Education Director Chris Edwards, the production played to 11,000 students; in 2011 they reached 37,000.

One unmet goal of the education department was to reach younger children. For the past three years in particular, said Edwards, “we’ve been talking about how we could evolve to incorporate younger kids, exposing them earlier.” Concurrently, the Festival has been looking for ways to give back to the Philipstown community. Now, they have united these two desires and are ready to unveil their pilot program, a Shakespeare camp for eight- to twelve-year-olds (4th– to 8th– graders), to take place this summer at Haldane. “It’s been at the back of my head,” says Edwards, “I’ve been hemming and hawing about it, because we’ve had so many other programs going on. This past year, our new executive director, Maggie Whitlum, started talking about it, and we finally got it going.”

The camp will be focused not on “putting on a show” but on the creative process of theater. “Kids today are so inundated with the idea that anyone can become a star,” says Edwards. “One can go from being a ‘nobody’ to becoming a political pundit or celebrity of some kind. Our focus instead will be on understanding and perfecting a craft. A lot of people think the art of theater is dying. This camp will explore techniques and the working process of theater.”

The one-week camp, which takes place from Monday, July 30 through Friday, Aug. 3, from 9 a.m. to 3 p.m. will have performers and other artists from the Festival season productions and the touring shows as teachers. Classwork will include theater games, improvisation, stage combat, vocal projection and may include scenes and monologues.  At the conclusion of the week, parents will be invited to come and experience not a mini-production, but instead as sharing of the work that has been done. Though most of the classes will take place inside Haldane, there may also be forays to “the tent” at Boscobel, in particular to work on vocal techniques, and it is hoped that there will be ways to facilitate the campers seeing a show or shows and participating in a talkback.  Along with the teachers, there will be visits from HVSF actors, many, like Katie Hartke and Jason O’Connell, very familiar to the Philipstown community from multiple years appearing in productions.  Edwards himself will be teaching one of the classes. 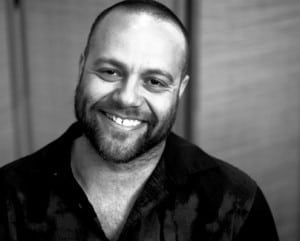 In planning for the camp, Edwards says he and the HVSF have been aware of the camps run by other local nonprofit arts organizations, including Manitoga, Garrison Art Center and the Rec youth theater camps at the Depot Theatre, “and we wanted to be sensitive to their schedules and needs and hopefully not pull campers away from those programs.” Although based at Haldane, the program is geared towards children living throughout the Hudson Valley. Should this pilot program work, future summers may see multiple sessions, longer sessions and, eventually, a progression, where children begin young and move into more advanced programs as their experience grows.  As for now, says Edwards, the spirit of this year’s camp is to “throw them into the pool of theatricality, let them float in it for a while and see what comes of it.”

Participation will be limited to 25 or 30 children. A brochure will be released shortly, and will be viewable on the HVSF website as well.  To receive a copy, or for more details and registration, contact Nora Rosoff, Education Programs Coordinator at [email protected] or 845-809-5750.

Touring production of ‘Romeo and Juliet ‘

The touring production of Romeo and Juliet will be traveling through Philipstown this spring, with stops at the Depot Theatre on April 3 as well as at Garrison School and probably (not yet booked as of this writing, but anticipated) at Haldane. For the first time in many years, the touring show will be the same as one of the mainstage summer productions, although the productions will be different. The school tours tend to feature one of the five Shakespeare plays tied into high school curricula: Romeo and Juliet, Macbeth, Hamlet, A Midsummers Night’s Dream and Julius Caesar and, of those, “Romeo and Juliet is that show you want to pepper in every four years or so,” according to Edwards, “and in fact we [the education touring department] decided to do it before the regular season settled on it — we had sold it to quite a few schools. We talked about duplication, and concluded that maybe there’s a way to integrate education in the Festival as a whole, to create a cycle of moving actors from the season into the education programs and the opposite.”

Edwards, who has frequently directed the touring production, has stepped back this year — he will be directing the summer Festival production of Romeo and Juliet for the first time, and he also directed yet another edition of it elsewhere recently. “I didn’t know if I had a whole year and a half of Romeo and Juliet in me! I also wanted to bring along others.” This year’s first-time director for the touring production will be Ryan Quinn, another familiar face to Festival audiences, and an HVSF teaching artist. “Stylistically, he will make his own choices, based on the company mission,” says Edwards. The tour opens on March 26 and currently runs through the first week of May, although there is already talk of extending, as bookings are strong.

The intent of the school programs is “not to take curriculum away,” says Edwards, but “to give students what they can’t get from school: a specific, creative, right-brain approach. One that’s more about intuition, subjectivity, synthesis and interpretation — the idea of creativity through random happenings. Most schools don’t work that way. We are a theater company, and that’s our strength. Teachers have gone to school and know how to teach, but we can do this particular thing better than schools.”

Other area schools which have booked Romeo and Juliet this season include Hendrik Hudson, Lakeland High School, Byram Hills, Newburgh Academy and Roy C. Ketchum in Wappingers.  The Depot show is open to the public, not just students, and tickets may be ordered through brownpapertickets.com.

Photo and image courtesy of HVSF