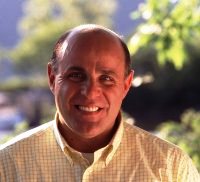 If appointed he would have to step down as legislator

District 1 County Legislator Vincent Tamagna, a Nelsonville resident who represents Philipstown in Carmel, said Monday (Feb. 13) that if appointed by County Executive MaryEllen Odell he would be happy to serve as the county’s new Commissioner of Planning and to see the office merged with the county Highway and Facilities Department. “If and when County Executive [MaryEllen] Odell asked me, I would gladly serve in a different capacity” than the elected legislature, he said. Asked specifically about running the Planning Department, he elaborated. “I don’t know whether the appointment will be mine, but I would be happy to serve,” he said. According to Tamagna, the last time the county did much with comprehensive planning was in 1992, when it drafted a document called the Putnam Agenda.  “I think we can do much more. We really need to get much more creative and come up with a county-wide plan,” encompassing not merely traditional planning but aspects of tourism, economic development, industrial activity, stewardship of scenic and natural areas, and much more,  he said enthusiastically.  “We need to do all we can to assist our municipalities and to protect and preserve” the incredible resources of Putnam County.

Tamagna commented in a phone conversation with Philipstown.info, noting that veteran Planning Commissioner John Lynch recently retired and that the Putnam County Legislature has been reviewing the future of the office, officially known as the Putnam County Department of Planning/Development and Public Transportation. One concept is to merge the department, which Tamagna said has only a miniscule staff, with the highway and facilities department. Tamagna said he backed Odell’s interest in consolidating offices and avoiding duplicated functions, whenever possible. “I do, I do!” think bringing planning and highways under one administrative roof made sense, he said. He noted that the planning head would not also run the highway end of the new combined entity.

He emphasized that if the County Legislature takes up Planning Department matters, given his possible candidacy as the new planning honcho he would recuse himself from any votes. Tamagna last won office as a legislator in 2009, when he ran without opposition.