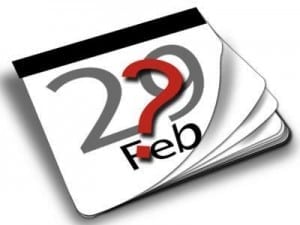 What will you do with your extra day?

Everyone makes incorrect statements from time to time and one of the most repeated has to be the answer to this simple question: How many days are there in a year? The incorrect answer? 365. Okay, it’s perhaps only partially incorrect. The precise answer is that there are exactly 365.242374 days in a year. That’s the time it takes our fair planet to complete one full orbit of the sun.

Because our year-long trip around our source of heat and light takes just slightly more than 365 days, our calendar has to be given a chance catch up every once in a while – every four years to be precise. Failure to do so would mean that July would eventually occur in mid-winter. That catch-up is achieved by adding one day to the calendar and February was long ago declared the lucky recipient. Three years out of four February features 28 days but in a “leap year” it has 29. And, if you don’t have a calendar handy to see if February has 29 days, there’s a simple mathematical formula to help you figure out whether or not it’s leap year. If a year is divisible by 4 – except those which are divisible by 100 but not 400 – it’s a leap year. Simple right? Do the math for 2012 and you will see that we are in a leap year – and fast approaching the leap day itself.

What to do with that extra day

Now, if your boss came to you and said, “Hey, take an extra hour for lunch today,” you would probably be very pleasantly surprised and would likely put the extra hour to good use. And, if that same boss came to you and said, “Hey, you’re taking tomorrow off. I’ll give you an extra day – take the next day off too,” most people would be ecstatic, very grateful, and no doubt would plan to do something special with that extra day off. That does not seem to be the case with leap year. I asked about a dozen people: “This is a leap year. What do you plan on doing with your extra day?” The most common response was no response, just a confused, uneasy look. Second most common answer was, “What? What are you talking about? That’s stupid.” In third place was “I think I’ll probably just go to work.” Not much excitement over having an entire extra day. 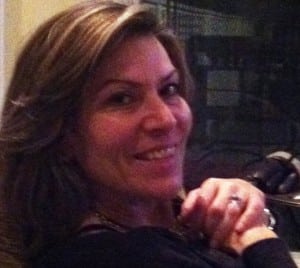 Sandy Endres of Garrison is about to celebrate her 13th birthday. Her husband Tom just turned 56. Cold Spring resident Margaret Parr is looking forward to her 12th birthday. Her kids will soon be 13 and 14 years old. One of the quirky effects of leap year is that people born on Feb. 29 – they’re known as leapers or leaplings – only have a birthday every four years. Endres and Parr are bona fide leaplings. And they both love it.

Endres said that as a child, “It was always a plus,” to have a Feb. 29 birthday. “My dad always said I was special – not different – but special.” Part of that specialness was that she got to celebrate her birthday on both Feb. 28 and March 1 in non-leap years – a tradition she happily continues to this day. And, when the real deal rolls around every four years, it’s time to celebrate even more. “We usually go to Florida,” she said. “But this year we’re going to Soho. The Trump Soho Hotel has a special package for leap year birthdays.” There’s an added element to her 2012 birthday as well. “Thirteen is my lucky number – it’s my dad’s birthday date.”

Parr has very similar feelings about her unique birthday date. “I always loved my leap day birthday,” she said, recalling her childhood. And like Endres, “The celebrations in leap years are always much bigger productions,” she said. On her last “real” birthday, Parr had a party at her house in Cold Spring that was attended by about 70 friends and family – some of whom came in from across the country to celebrate.

However, there can be glitches for the lucky few who can lay claim to being a “leaper.” Parr can’t join the Cold Stone Creamery Birthday Club because the website won’t accept her real birthday. “And there was a period of time where my driver’s license actually expired on a day that didn’t exist because it was good for 5 years from my birthday, and of course, there was no Feb. 29 five years later.” 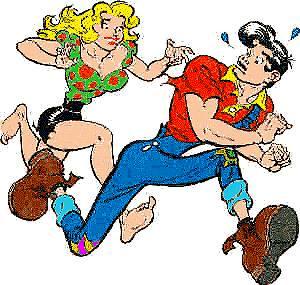 There seems to be a fair bit of confusion around Feb. 29 or “Leap Day” and Sadie Hawkins Day. Inspired by the comic strip Li’l Abner, Sadie Hawkins Day traditionally turns the gender tables around and has the girls asking the boys to the big dance. In some people’s minds, Feb. 29 has unofficially become Sadie Hawkins Day when in fact it takes place annually on the Saturday that follows Nov. 9. Perhaps Ireland’s St. Bridget can be blamed for the confusion. Legend has it that she complained to St. Patrick about women having to wait interminably for a man to propose marriage. St. Patrick may have been somewhat ahead of his time. He gave women the OK to make the proposal – as long as it took place on Feb. 29.

It seems that both Endres and Parr support the Sadie Hawkins idea. “When I was in high school in Missouri, the Sadie Hawkins Dance was an annual event – even in non-leap years. I certainly asked a date to that dance every year!” Parr said. Endres was of a similar mind. “I asked Tom out on our first date,” she said.

All the advantages of leap year may not fall to women though. “My great-grandparents were married on Feb. 29, and the age-old story is that my great-grandfather wanted it that way, so that he only had to remember once every four years!” Parr said. 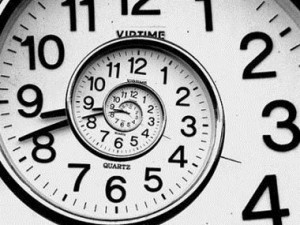 There has been an added bit of drama associated with the 2012 version of leap year. It seems there is not only a leap year – but also a “leap second” to contend with. A leap second is a minuscule tweaking of Coordinated Universal Time – a single second that is sometimes added in to synchronize atomic clocks, the official timekeepers used by the scientific community. Readers no doubt recall the last time a second was added to a year – on Dec. 31, 2008. To add or not to add that occasional extra second has been the cause of considerable international discord. In January of this year, delegates from more than 150 countries met in Geneva to discuss the merits of abandoning the leap second.

The United States led the “abandon the leap second” faction. Britain, China and Canada remained firmly loyal to it. According to why.knovel.com/engineering news, a spokesperson for the U.S. Naval Observatory – the official U.S. timekeeper – said the leap second could potentially “do more harm than good” and that getting rid of it would end a “potential source of catastrophic failure for the world’s computer networks.” Supporters of the leap second argued that it has yet to cause a problem in the 40 years that it has it has been used. The pro leap second delegation also said that abandoning the leap second would alter time by one minute by the end of this century. Not only that, but while it would take a very  long time – at a rate of one or two thousandths of a second per day – doing away with the leap second would mean that eventually, the day as we know it, would change so dramatically that noon would occur at sunrise. And we though the end of the Mayan calendar was a source of anxiety.

In the end, the Geneva meeting may have been a complete waste of time, as the international gaggle of clock watchers flittered away precious seconds, hours and perhaps even days before deciding to wait until 2015 to deal with the leap second. It is not known who seconded that motion. The next leap second will be added on June 30 of this year.  And, if you are not confused yet, consider this from earthsky.org, “The length of a day today is…imperceptibly longer than the length of the same day last year…In the 1800s, a day was defined as 86,400 seconds. Today it is 86,400.002 seconds – roughly.” It all makes dealing with Feb. 29 seem pretty simple.