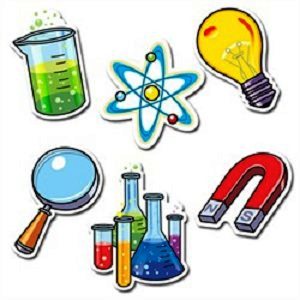 It is quite common these days to find reports in the media about the need for American students to improve their performance in science and math. Dr. Bob Mack, a science teacher at Haldane High School, wants to do something about that. If his vision is realized, Haldane students won’t just improve their test scores, they will actually conduct scientific research as part of a new elective course he is proposing.

Mack teaches Advanced Placement (AP) physics, Regents physics and contemporary issues in science. He holds a B.A. in physics from Oakland University, an M.A. in experimental psychology from Michigan State University and a Ph.D. in cognitive psychology from the University of Michigan. As he outlined his proposal to trustees and administration at the Feb. 28 Haldane School Board workshop, it was very clear that he has had a longstanding love affair with science. “When I was 15, living in southeast Michigan, I won a big science fair. The prize was an all expense paid trip to Chicago.” The trip included lectures by scientists at Argyle Laboratories. Mack more or less admitted that as a young teenager the lectures probably were not the most exciting aspect of the trip – but it definitely had an impact on him.  “Science and engineering were big deals then,” Mack said. “Kids were proud of their work.” He won the science fair the following year as well. 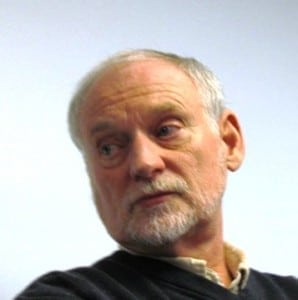 Mack would like to see that passion for science take root again and he thinks the new elective is a means of achieving it. “This is an opportunity for students to do scientific research,” he said. The course would have students do their own “deep reading” of scientific literature, put forward project proposals and conduct actual research. The course will be very skills oriented. A key element for students will be learning to effectively communicate their findings by writing reports on their work. “They’ll learn how to keep a laboratory notebook, use library research tools and make power point presentations.” It won’t be a top-down learning experience. “In this course, students will be expected to set their own goals and [outline] how to achieve them.” And, if Mack has his way, Haldane students will also enter regional science fairs.

The idea resonated with trustees. “I’m enthusiastic about what I’ve heard,” Peter Henderson said. “This could put science on the map within our school system.”  Board president Joe Curto agreed. “I love the depth. [The course includes] a lot of life skills,” he said. Superintendent Mark Villanti put the course into a larger context. “For America to be a leader – it has to be in math and science. It [the new course] produces a portfolio of work – it’s not just a three hour test.” High school Principal Brian Alm said that such a program is most effective when it cuts across grade levels.  “It would work well with fewer than 10 students – four or five for the first couple of years,” he said.

Henderson asked Mack if the new elective would require prerequisites. “No,” Mack said, “just motivation.” He also said that several other districts such as Ossining, Carmel and Chappaqua have already initiated similar programs.

If all goes well the course will be phased into an affiliation with SUNY Albany and will earn students college credits. “We’re going to give it a year and see how it goes,” Villanti said. “If it grows… we may be coming back to you for a period six.”

Superintendent Villanti was not totally convinced at the time, but trustees voted 3 – 2 not to cut back on the French program. Three years later, it seems it was a wise decision. Villanti presented a brief report on enrollment in both language programs at the Feb. 28 workshop. While Spanish remains the more popular option with 244 students, French has made a strong comeback. Enrollment has doubled since 2008 with 96 students now studying French. “You listened,” trustee Evan Schwartz said to Villanti. “I remember the meeting you were going to go to a half [French] teacher.”

“The program is working well. Enrollments are high and many students take both languages.” Villanti said. In terms of future direction for the French program, Villanti said that a new text book is in the offing and that a cultural exchange with Quebec is a possibility. A decision will also be made whether or not to pursue possible college credit with SUNY Albany. A new level-four, non-college credit is also being looked at as are online elective language courses such as Mandarin.
Photo by M.Turton