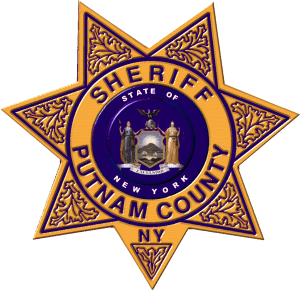 Putnam County Sheriff Donald B. Smith reports that his agency is investigating a serious motor vehicle crash, injuring three and claiming the life of an 81 year-old Peekskill resident. At approximately 2:15 p.m. Sunday (Mar. 4) members of the Putnam County Sheriff’s Office responded to a reported serious personal injury accident on Route 9, one quarter mile south of Travis Corners Road in the Garrison.

Emergency service providers found a car and pick-up truck involved in a crash with the car overturned after striking a stone wall. Preliminary investigation revealed that a 2008 Chevrolet pick-up truck driven by 61 year-old Claudio Crescenzo of Mohegan Lake, was traveling north on Route 9 and making a left turn from the driving lane. At the same time, a 2009 Toyota sedan, operated by 54 year-old Juanita Bolton of Peekskill, (also traveling northbound) was driving in the passing lane while attempting to overtake Crescenzo’s truck. The two vehicles collided; skidded into the southbound lane and off the roadway crashing into a stone wall. Upon striking the wall, Bolton’s car overturned trapping its three occupants.

Members of the Garrison Fire Department extricated the occupants from the car. All three sustained injuries. Bolton was flown by a New York State Police helicopter to the Westchester Medical Center in Valhalla. The front passenger in her car, the driver’s mother, Willie Mae Bolton (also of Peekskill) was rushed by Philipstown Volunteer Ambulance to the Hudson Valley Hospital Center in Cortlandt, where she later died from her injuries. The second passenger, Mr. Robert Taylor was transported to the Westchester Medical Center Emergency Department by Care One Ambulance Service. There is no further information as to the condition of either Bolton or Taylor at this time. Crescenzo refused medical attention at the crash site.

Based on the investigation conducted by the Putnam County Sheriff’s Office Accident Reconstruction Team, Crescenzo was issued a summons, citing him for changing lanes unsafely. He is due to appear in Philipstown Justice Court at a later date. Both vehicles were towed from the scene.

Uniformed deputies and criminal investigators from the Sheriff’s Office, along with members of the Garrison Fire Department, Garrison and Philipstown Volunteer Ambulance Corps, Care One Ambulance Service, TransCare paramedics and the New York State Police responded to the scene. The accident investigation is continuing.