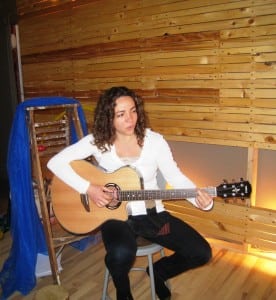 Music is an integral part of “The Bluebird”

Written and performed by members of Cold Spring Creative

Four local Philipstown moms have gotten together to write and perform a 30-minute theater piece for the toddler and pre-K set at the Living Room in Cold Spring on Saturday, March 24 at 4 p.m. and Sunday, March 25 at 10:30 a.m.

The show, titled The Bluebird, uses music, movement and dialogue to tell a tale about the power of imagination. Original script, songs and lyrics were written by Diana Hird.  Additional music and musical arrangements were written, and are being performed by Maria Stein-Marrison. The cast features Doris Jean Kolarek and Ana Silverlinck.

Hird, a playwright and actor, wrote the theater piece after attending many children’s theater performances with her three-year-old daughter Talia. “I think I am a playwright at heart so when I went to these performances I would watch the children watch the show so I could see what interested them and what made them restless. Before long I was thinking about writing my own children’s theater piece.” 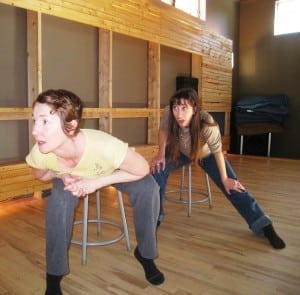 Several other local mothers with theater, art and music backgrounds are involved in this production. Kolarek, a Kundalini Yoga teacher at The Yoga Co-op in Garrison, studied theater and performed extensively until her daughter was born 4 years ago. Stein-Marrison, once a management consultant and now an early childhood educator, comes from a musical family and has studied and played music all her life. Silverlinck grew up around her father’s theater company and performed and toured extensively as a performer in her own right.  She is currently the creative director of Forty Winx Films.

Tickets cost $8 for adults, $5 for children; reservations can be made by emailing [email protected].  The Living Room is located at 103 Main St. in Cold Spring.
Photos courtesy of Diana Hird