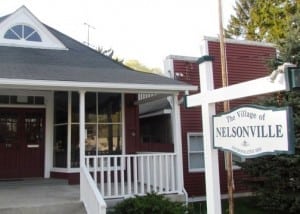 Nelsonville’s board accepted a contract for the Putnam County Real Property Tax Service Agency to prepare the village’s tax bills for the 2012-2013 fiscal year, and adopted a resolution endorsing a Town of Philipstown memorandum of understanding as part of town efforts to secure a local government efficiency grant to study consolidation of town and municipal courts, in addition to building inspection services. The support of other villages of the township is considered crucial if the town is to successfully secure the grant.

With the focus on safety awareness among teen drivers in the month of April, the trustees declared April 2012 as Teen Driver Safety Awareness Month in Putnam County in a resolution to:

encourage all levels of government, our school districts, law enforcement, our churches and synagogues, our youth services organization and all the citizens of Putnam County [to] support programs that promote teen driver safety awareness … [to protect] one of our most precious resources, our children and grandchildren.