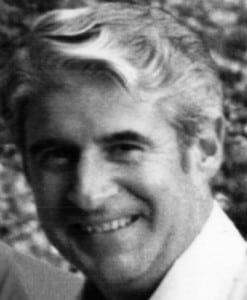 Resident of Garrison and Manhattan

James R. Endler, 82, of Garrison and Manhattan, died at Memorial Sloan Kettering Hospital on March 24, 2012 after a long illness. Endler was born in Passaic, New Jersey, the son of the late David and Fannie B. Endler.  He attended Carnegie Institute of Technology (now Carnegie-Mellon), Columbia University, and was graduated from the United States Military Academy at West Point in 1953.  Commissioned in the Corps of Engineers, he served in Korea with the 5th Regimental Combat team, and was later assigned to the faculty of the Army Engineer School at Fort Belvoir, Virginia.

Endler retired from Tishman in 1983 as President, Chief Operating Officer, and Vice-Chairman.  During retirement he published Other Leaders, Other Heroes, West Point’s Legacy to America Beyond the Field of Battle.  This work details the non-combat contributions of Military Academy graduates to the growth and development of the United States from 1802 to the present.

Endler is survived by his wife of 57 years, Myra Thayer Endler, as well as his son, Peter Endler, daughter-in-law Anne Endler, daughter Julianne Heckert, son-in-law Paul Heckert, and his grandsons Hudson and Henry Heckert, all of Garrison.  Also surviving is sister Sheila Kiviat and brother-in-law Jack Kiviat of Landisville, Pennsylvania. In lieu of flowers, donations may be made in memory of James R. Endler to Guiding Eyes for the Blind, 611 Granite Springs Road, Yorktown Heights, New York, 10598.

One thought on “James R. Endler Has Passed Away”