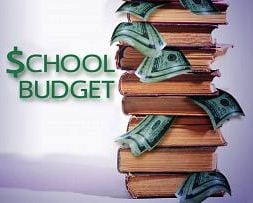 A steady reduction in state aid to schools over the past several years is of increasing concern to local districts both in terms of dollars-and-cents and timing. In the past, chronic late passage of the state budget left districts to use their best guess (for anticipated state aid) as budgets were approved by school boards in April for a mandated public vote in mid-May. Many times, the state budget was not passed until mid-summer. Complicating the budget process this year, is implementation of the “2-percent” tax levy cap. The state now requires school districts to submit an 8-step calculation to determine their individual tax levy cap and this calculation includes projected revenues, which includes state aid. The first calculations were submitted in February and have been updated several times since then.

This year’s state budget was passed on-time, which has eliminated one unknown factor from school district budget preparations in time for possible adjustments to be made. According to local school superintendents, however, the issue of how much state aid will be available remains problematic. Some aid has been restored, but not nearly enough to make up for the total reduction in aid. In response to questions from Philipstown.info, Haldane Superintendent Dr. Mark Villanti and Garrison School Superintendent Gloria Colucci submitted written statements. Both superintendents are consistent in their appraisal of the short- and long-term impact of reduced state aid. 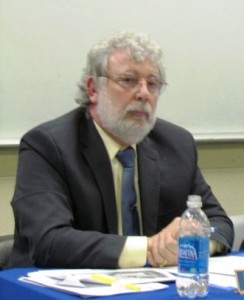 In terms of the budget passing on time that is always a good thing. There are at least two major elements of every budget that are important – predictability and adequacy. The budget has been passed on time and that addresses the issue of predictability.

In terms of adequacy, despite some of the favorable comments that you may have read from some people, this budget remains inadequate. More specifically, when one realizes that the aid for Haldane is reduced by over $528,000 and $10,000 is restored to the aid package it is hard to start lighting the sparklers. I am having a hard time using the phrase aid increases and think the more descriptive phrase should be minor restorations to the dramatic cuts to public education. How do we make up for the loss of aid? Since increased taxes are not realistic or appropriate due to tax cap legislation, the gap has to be filled with a variety of cuts, reserves and fund balance. We have patched this budget together, but the prospect of another $500,000 of cuts next year has a cumulative effect and we anticipate further, more substantive reductions next year if aid is not restored.

In terms of budget planning for the next five years, our hope is that the economy picks up over time and that aid returns on  schedule (i.e., the gap elimination would be either eliminated or greatly reduced). If that does not occur then our local communities will have to determine how much of a cut is reasonable to our programs and speak out during the budget process. Without increased aid over time I am afraid that N.Y. State public education may experience the gradual deterioration of educational quality similar to California, which was the subject of a documentary From First to Worst.   I remain optimistic, however, and firmly believe that both our local community and the public at large will understand the importance of public education to our future economic recovery. In our school district, for example, there are a number of economic indicators that suggest that our local economy has been less impacted from the recession than other areas of the region and state. I believe that one of the reasons is the quality of our schools. A strong future economy requires a strong public educational system.

As you indicated, the on time budget is helpful as it removes one unknown from our budget list.  However, the total aid we are projected to receive is, to say the least, disappointing. The adopted State budget provides an additional $2,590 over the original projections for Garrison in the governor’s budget.  As I have reported during our budget workshops, the overall state aid allocated to Garrison is significantly lower than that of previous school years.  Five years ago, state aid represented almost 11 percent of our budget.   In contrast, the projected aid for the 2012-13 school year represents just 7.7 percent of our budget, a decline of 3.3 percent.  For each of the last three years, the State has applied a large deduction (Gap Elimination Adjustment) from the established formula.  As a result of this deduction, Garrison has lost a total of $441,081 in state aid.  The $2,590 addition in aid for the upcoming school year pales in comparison to this loss of $441,081.

Throughout these years, the Garrison School District has reduced the budgets for the non-instructional areas in order to enable us to continue to provide high quality instructional programs.  These efforts have also resulted in Garrison maintaining the lowest school tax rate in a five county region.  The declining trend in state aid becomes a greater concern as we project forward for the next five years.  Continued losses in state aid, combined with the cap on the tax levy, have the potential to devastate educational programs and services to children across New York State.  Garrison community members have always been interested in and supportive of maintaining excellence in their school.  I anticipate that, if or when needed, this community will come together to provide input, ideas and continued support as the board and administration plan the future direction of the programs offered by the school district.